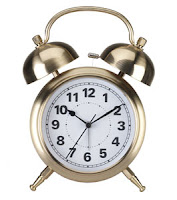 We’re expecting a ruling in the Catherine McNeilly whistle-blower lawsuit within the hour.

Everyone (who hasn’t hitched their wagon very directly to Ravenstahl’s star) wants McNeilly to win her case, and be reinstated as Commander.

From the vantage of the Comet Newsdesk and (newly frigid) Luxury Balcony, Mr. Dennis Regan, however unsavory, never did anything illegal, so I’m not sure on what McNeilly could be said to have blown a whistle.

From that same vantage, Catherine McNeilly, although quite savory, did indeed do something illegal.

So it’s hard to see how anyone could expect her to win. We wonder who’s writing a copy of the “we’re disappointed but moving forward” speech that’s never going to get read.