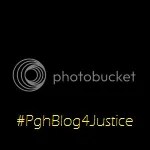 The story of the killing of Trayvon Martin and the legal exoneration of his killer on grounds of self-defense should powerfully drive home the point that young black men in this country are not, to put it very politely, treated the same as others or given benefit of doubt. Based on race, and especially based on a certain unfortunate race, age and gender profile, people in this country are regarded differently in a lot of little ways and a lot of large ways that all together contribute to pernicious, heinous results – those of individually destroyed lives, failing communities, and a bitterly divided and limited nation.

Frequently segregated among themselves, many Black communities today require a lot of good work from within to build cultural capital, strength and health. But what a White person sometimes misses I believe, is that it must be a dreadful struggle to build scalable communities capable of fulfilling all aspects of that work, when those who comprise it labor from birth against relentless social, psychological and institutional adversities… to say nothing of withering hostility when any grievances are aired.

How not to turn resentful, to conclude the system is rigged in the ugliest way?

They say the first step to recovery is admitting you have a problem. Too many in this nation recoil from acknowledging racial privilege and all the contradictions in the social order it entails. The implications are upsetting.

The nation has a problem.

The tale of Martin and Zimmerman typifies the exhausting obstacle course facing those lacking societal privilege.

It started with the excited and hyperactive scrutiny of an armed community watchman.

It continued when civil authorities did not immediately arrest the actor responsible for a street killing and threaten to throw the book at him unless he plead guilty to something.

The 44-day delay in the eventual arrest begat the legal defense fund, enabling representation quite a bit superior to that of an overworked, under-budgeted public defender.

Later still came another atypical decision by police to collaborate with the defense, rather than the prosecution.

Do we even need to conjure the fears which motivated passing a recklessly emboldening “Stand Your Ground” law, making armed confrontation with presumed rogues seem so noble and so necessary?

Does it matter what kind of kid Trayvon was? Why does that topic so frequently arise? Isn’t it enough that he was shot in the street? Can you imagine a young black man pleading self-defense so convincingly after any chaotic street shooting in which he pulled the trigger?

Each of us can do something to address these disparities in our daily lives, through reflection and awareness.

Yet in a society of mass and complexity, it is hard at the same time not to turn an expectant eye to leadership — whether that stems from government, or social activism, or yet another sector.

It is foolish to truly imagine leadership that is so skilled, broad, focused and politically intelligent that it can lift pressure from the weight of this tremendous cultural legacy grinding us down. It is foolish, but I imagine it anyway.

All I know is, we must insist upon illustrating hard truths if we are to become capable of visualizing a better future. And visualization is among the last cards we have to play.