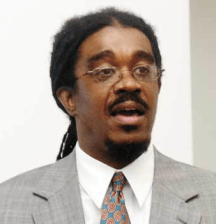 “Just building houses does not develop a community — that’s what people don’t talk about in Homewood.”

Our plan for Friday Apr. 4th was to interview Jerome Jackson on the subject of land bank legislation due for a vote on Tuesday the 8th, having heard him speak out in favor of it.

But for the director of Homewood’s Operation Better Block — a hybrid advocacy /social services / community development corporation — land disposition is just one ingredient of an overdue elixir.

“Services for residents, services for youth, crime prevention, and dealing with blight,” Jackson ticks off. “That’s it.”

Jackson, 51, who started out with Abraxis juvenile detention center and later the Manchester Citizens Corporation and the old Pittsburgh Mediation Center before joining OBB in Homewood, has since been appointed to the Interim Board of the city’s newly enacted land bank.

With Richard Carrington of the Coalition Against Violence also seated on that board, and legislative amendments favoring local-source hiring for example, Pittsburgh’s land bank looks as though it is preparing to help facilitate more than mere gentrification.

“What we have to do is start to focus on young people — giving them other options. There is a very small percentage of hard core gang members. PIRC does not touch hard. Core. Gang members. They don’t care, they’re like, ‘Take me to jail!'”

It has been an article of faith on the Comet that the Pittsburgh Initiative to Reduce Crime (PIRC) had underwhelmed mostly for a lack of buy-in among the police ranks, but Jackson noticed something else right away.

“My opinion was PIRC was not going to work in Pittsburgh. It was taken from a model in Boston, and they didn’t look at what happened three years later,” in that violent crime statistics which had temporarily plummeted reverted nearly to prior levels.

Besides, the gangs in Pittsburgh aren’t as organized and centralized as they are in other cities, making it harder to employ either the carrot or stick approach to send messages.

“Gangs have evolved with time — they don’t look like the Crips and Bloods of old. They’re not walking around visibly wearing red, blue, black bandanas. That activity is still here; we just don’t see the colors.”

But most critically, the PIRC rarely addressed the problem at its source: at-risk children of the most impressionable ages. 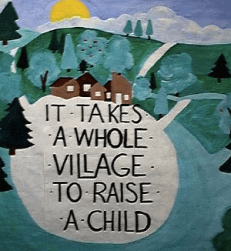 He explained, “The gangs are running football leagues, basketball leagues, open gym nights; uniforms, sneakers, put up with drug money. Taking care of kids, housing them, feeding them. So the kids are like, ‘Why not? This is the guy who is taking care of me.’ That’s where we drop the ball.”

“To be safe and not picked on, they have to be a part of it.”

While well-intentioned, Jackson says the social service agencies that were to partner with PIRC had “so many gaps, so many guidelines — like you need to show ID. How is a kid in one of these neighborhoods going to get out to the right offices?”

We inquired over the scope of what he was suggesting we undertake for children without secure family environments — clothing, feeding, education, mentoring — it was starting to sound as though we are going even beyond “wrap-around services” to something like swaddling services. Don’t a lot of voters object that government can’t be in the business of raising children?

He says that although Hillary Clinton made waves in elevating the proverb that “It takes a village to raise a child,” she stopped repeating it soon after her trips to Africa — when she experienced the enormity of what that really entails.

“In parts of Africa, when you greet people you say ‘How are your children?’ — even to people who don’t have kids,” Jackson says. “The idea is, that’s like saying, ‘How is your health? How strong are you?'”

And the implication is that children are a communal responsibility.

Although problems start with a lack of security and resources at home, these get aggravated by the societal response.

“The police department believes it has the sole responsibility for eradicating gangs. They’re there to arrest people.”

“Police officers were like, ‘Look, I’m not a social worker. I’m not here to mediate a conflict. I’m here to arrest someone.'”

“Veterans got what we were talking about,” he clarified. “But they paired rookies with officers of less than five years experience,” who were often at just the level of age and experience where they thought they knew everything.

Even when mediation was suggested or employed, it was “messed up by a bureaucratic process” entailing too many formal steps and requirements. As a result, the Bureau continues to rely on what it knew how to do.

The “other side of community development” is housing, he says — making sure people have decent places to live.

“Imagine, people wake up. The heat doesn’t work. The window’s got cracks in it. The toilet isn’t working. The landlord is not responding. That’s how you start your day.” 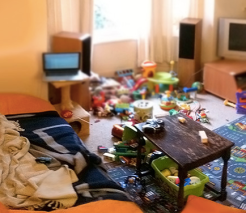 And when you walk out the door and see everything around you in the same deteriorated condition, it’s not exactly a recipe for optimism, ambition, healthy habits and playing by the rules.

“I think that a land bank is a very good thing. But the process has become so political,” Jackson said at the time, “It could harm the people we’re trying to protect.”

“The sticking point is, Council wants to have full control. The public should have as much of a say, if not more say.”

We asked him his opinion of the argument that at least with Council control, and that home-district Councilmanic prerogative, that public accountability for outcomes will be maximized.

“In a Black community, that’s very hard to do,” he pointed out, “because it’s no secret our voting is not up to par.”

“If Council has that control, that’s not to say the community’s going to get what they want. This is not to knock anyone, but we’ve all seen Council people — c’mon now. Every Council person deals with their community in a different way.”

Yet as a board member of PCRG, Jackson readily allows that some early miscommunication and missteps also contributed towards the challenging political environment.

“PCRG has always been part of a conversation around a land bank,” he confirmed — but when early drafts of the bill were being circulated late last year, much of his own input and that of some others didn’t wind up in the initial formal draft.

That contributed toward the nonprofit stepping back for a while, letting the politicians assume the reins — which in turn allowed some of those politicians to paint PCRG as a bogeyman and far more monolithic than it really is.

As Jackson contributes towards crafting the polices and procedures which will govern this seemingly holistic-oriented land bank, he will continue running and expanding programs at Operation Better Block. 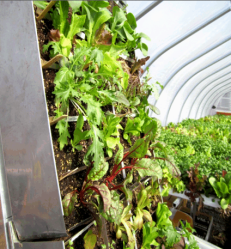 The Junior Green Corps he says is particularly popular right now. It comprises 20 young people learning how to test and remediate soil, to grow vegetables in 15-20 community lots as well as year-round on indoor “green walls”, to tend trees and learn about storm water runoff.

“We’ve outgrown our office,” he says about the micro-greens on the green walls. “We’re looking to purchase the building next door, and build a greenhouse.”

While Squirrel Hill boasts a 3:1 tree to house ratio, in Homewood it’s only 1:3. In response the Green Corps has planted 300 trees along the Busway to deal with pollution, and to help reduce asthma. They’re also extracting lead from the environment by growing sunflowers.

So these kids, these at-risk youth, these possible future gangsters, we asked: are they really into this?

“Oh, for sure,” Jackson assures us. “They’re excited about greens, peppers, watermelon. Now they know the fresh stuff tastes better, and they can just pick it off a wall.” And they see it as not just “gardening” but green-collar technology and a path to a career.