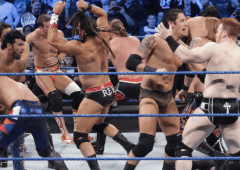 Seems like there are lots of community leaders who truly want a City land bank to get to work, yet are also anxious that their communities understand they also share grave skepticism over “land grabbing”.

Also, there are a number who do not particularly want this (“her?” “his?”) land bank to pass, but are anxious not to get pegged as obstacles to civic transformation or reinvestment, and who prefer the present pattern of neglect, chaos and red tape.

Buses are Bridges has a 20 minute interview online with land bank bill sponsor Deb Gross. She characterizes the crux of public concern as transparency and accountability, naming three specifics:  governance and board appointees, process and reaction time, and how to flesh out the requirement that land bank actions comport with “adopted community plans”. She sounds very open to amendments at this point.

Gross also warns that “some people feel big CDC’s don’t really reflect their communities,” and that part of the rationale for the bill is that “you shouldn’t have to be Aggie Brose” to leverage wasted property in your neighborhood for good.

The Hill CDC has a thorough response to the bill online, its concerns fairly typical and representative of what is out there elsewhere (see even PCRG). Many of these are clearly legitimate and will require amendments, but the Comet would like to highlight just one in particular to bring a brand new point into the conversation:

City Council members would have little influence over the use of land in their districts which is problematic since they are freely elected by the people to represent the interests of their communities. (Hill CDC)

Yet at the last public hearing, at least one speaker urged Council to indeed go ahead and entrust this power to a more independent board, for fear of politics and corruption muddling the works.

Corruption is a strong word, but when we look at the present system, or at any future system in which all final determinations are made by City Council, we are not truly talking about all nine members of Council engaging in Socratic or um, any debate whatsoever. By long and very dearly-held tradition, when there is any question of development in any members’ district, large or small, all eight other members are expected to defer to the Council member in whose district it would lie. Breaking that tradition has been the fastest way to start a knife fight on Grant Street. 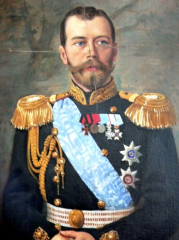 So we’re really talking about one (1) politician holding veto power over every land disposition question.

The Comet appreciates that these officials have been elected by their constituents. However, all members of City Council (yes, all nine of you, as well as every past member that has ever held office) tend to get markedly paranoid when an initiative is proposed by a constituent who is a nephew by marriage of somebody who you once saw eating lunch with someone who you once heard a rumor is considering running against you.

The rational behind those sorts of determinations much less the determinations themselves are never transparent in the slightest, but that is how the City has been operating.

The Comet agrees that it is not a good idea to give singular politicians effectively czar-like control over land reinvestment in their districts. Not only should it be a more independent process, it should be a professionalized process — undertaken by specialists appointed by and accountable to elected officials for sure, but not by the folks to whom politics is their primary bread and butter.

Of course, it also needs to be a transparent and public process. City Land Bank meetings should be advertised, public, televised and webcast, and include not just “public comment” but back-and-forth public engagement. Heck, maybe we should include a clause about impeachment proceedings, or votes of no confidence!

Yet we continue to believe that most of these land banking concerns cannot be addressed in the bill, but must be addressed in its own bylaws, procedures, and dramatic activity. That necessitates aiming public heat at the board no matter who they are or how their powers are proscribed.

Humankind is never going to design a governmental body that we can just wind up and let go like a toy car. It’s always going to be a struggle to get it to do what we want and need. But the solution is not to castrate government; it’s to empower it and then work hard, forever and ever and ever, on bullying it into operating well.

There was a time, after all, the correct pronoun for government wasn’t “it” but “us.”

At this instant, only the wealthiest developers and the most privileged CDC’s have the wherewithal to engage in the endless, complex and expensive process to make change — when and how it best suits them. That’s a bad thing. Let’s give the rest of us a weapon to wield, but include a comfortable grip and a strong sheath for protection. Once we are all so empowered, this cratered moonscape disinvestment we have come to view as “normal” won’t stand a chance.

Finally, it has come to our attention that Pittsburgh actually already has a land “reserve”. Albeit this is little-known of, non-transparent, not terribly agile and takes years rather than months for residents to employ. Maybe we should think of a City Land Bank as simply a way to reform our creaky and rusty old land reserve.

25 thoughts on “Land Bank rumble tonight: Who Makes the Calls?”