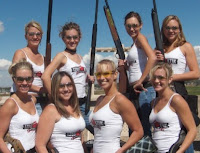 The cover may have said Summer Guide 2007, but this last edition of the City Paper was all about violence.

Charlie Deitch took a dimmer view of the mayor’s Homewood press conference than most of the mainstream media. Ravenstahl’s emphasis on law enforcement contrasted with the community’s demand for jobs, sometimes in the form of heckling and counter-heckling.

Chris Potter columnitated on the need for tighter gun control legislation, and was hysterical about Republican attempts to cast widespread gun ownership as a solution.

Dr. “Kimberly Ellis” Goddess bemoaned the casualties of “an economic war and the lost war on drugs” — but calls only for some “new civil rights movement,” not daring to directly voice support for an absolutely necessary and extremely overdue withdrawal from this insane drug war.

Finally, Violet Law chronicles some bizarre and alarming random acts of violence against city bikers, making us wonder if our whole culture in general has gone to pot.

This all would have dovetailed nicely with today’s mayors conference on gun violence, organized by the Pennsylvania League of Cities and Municipalities. However, our own Mayor Ravenstahl seems to have spent the day in Washington, DC, building relationships to shore up city finances.

We hope his eight-point plan turns out to be a real corker, anyhow.