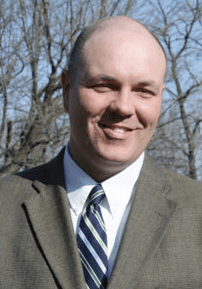 Only one candidate offered voters a concrete, non-contingent deliverable at this spring’s only forum amongst all contenders for PA’s 20th House district:

Meanwhile the party-endorsed, invaluably-connected presumed front-runner sought to establish credentials as a reformer:

“We need to fight for a more progressive tax system — one that does not balance the budget on the backs of those that have worked here their entire lives … I would be in favor of [reducing the size of the legislature] … if that means I would lose this seat, I would be fine with that.” Adam Ravenstahl

Most of the candidates, save for one, had a firm stance on eliminating certain tax exemptions:

“So I would think — especially in this recession — that the Governor’s proposal, with all due respect, for raising the taxes on these [accounting, legal and professional] services to small business is a terrible idea.” Tim Tuinstra

“I know something like this would have a really devastating effect on small businesses, so I would be opposed very much to that.” Dan Keller

“As your state legislator, I would not consider any new taxes until this state cleans up its waste … Read the audits … There’s a billion dollars in waste that you’ll find on [Jack Wagner’s] website and that’s not all the waste. For example, last year, Governor Rendell led four million dollars in uncompeting bids.” Mark Purcell

“I have not made a final decision on Governor Rendell’s sales tax proposal. I think taxes need to be looked at as a whole … It’s about working with people, it’s about listening to people, it’s about forming your opinion through deep conversations.” Adam Ravenstahl

A question about the role Harrisburg plays in supporting City of Pittsburgh services drew different reactions:

“From my perspective, what happened this winter was a complete failure. It was a failure of the system, and the buck always does stop at the top — but I don’t want to throw this at the feet of the Mayor or the road crew, because in reality we’re a city that’s broke — the Mayor has inherited a lot of problems … We put together a system … Today, I don’t care how deep it snows, you can go through our community, the streets are plowed, the streets are swept, the job is done.” Mark Purcell

“I was door knocking in Troy Hill weeks after the snow stopped falling. I was slipping and sliding over piles of ice, I had people in tears — elderly people who couldn’t get to doctor’s appointments for three weeks. We all know the city’s in a world of hurt … but there’s no question that the Lord helps those who helps themselves, and we need to get better at government at all levels … Yes, the City’s hurting. So are a lot of other cities that handled this storm a lot better.” Tim Tuinstra

A question about term limits brought about a not-very-veiled criticism of Ravenstahl:

“Yes, I agree in principle on the concept of term limits, certainly like a lot of things the devil’s in the details … One should raise their hand and volunteer for public service as I have at age 49 once you’ve accomplished something. Once you’ve worked in a community group like I have … one you’ve worked in business or a profession for 28 years as I have … it should not be a dynasty, it should not be a way of life.” Dan Keller

But Adam didn’t take the bait:

“I see no problem with term limits. This position too often becomes a career, and I see people taking advantage of that … So term limits I think will force representatives to focus on the public, and I would certainly consider term limits in the future.” Adam Ravenstahl

Tuinstra didn’t pile on, but rather displayed some nuance:

“The next time the state budget isn’t done on time … no legislator should get that money back … Every single one of those years, they got their pay once the budget was passed … when frankly they weren’t doing their job. That needs to change … Right now we have eight legislative leaders who sit around in the House and Senate and pop out of a closed room and hand you a document, vote it up or down. That needs to change … Term limits have been tried … it has not worked. The reforms that we pass have to change the culture so there’s no longer an incentive to not do the job … Don’t take the per diem … Don’t take the state car … Reform needs to work, it can’t just be the latest trend or fad.” Tim Tuinstra

Others raised the ante even further:

“Absolutely term limits … Most important in my mind, we have to have a part time Legislature … If you make it part time … it becomes about principle and public service, and not self … The system is bad, it will suck you into that vortex and you’ll become just like it unless you demand change. The only way the citizens of Pennsylvania are going to get that change is through a citizens’ constitutional convention.” Mark Purcell

Our budget woes even forced some of these Democrats to consider bipartisanship:

One candidate got a little tired of hearing easy-sounding solutions:

We’re probably going to be a billion-five in the hole … Marcellus Shale will net us $160 million, smokeless tobacco $41 million, the Deleware Loophole that I hear about so often $66 million. It won’t even scratch the surface … We have to take serious steps for these serious problems. We’re talking billions here, not millions. Mark Purcell

Another got tired of the criticism of certain local leaders:

First off I’d like to say I’m very proud of my brother. I’d like to make that public. I’m very proud of the job he’s done … I hear snow removal and things like that, Pittsburgh is doing some good things here. So let’s keep that in mind. That was the worst snow storm anyone’s ever seen here … In terms of the connection I view that as a positive thing. Adam Ravenstahl

##
The thing is, it’s not that positive. Any legislator from PA’s 20th district would be on essentially the same side as any Pittsburgh mayor when it comes to generating revenue, to cutting expenses and to “fixing” Harrisburg.

Adam Ravenstahl presents as a nice enough kid from a good family who’s eager to cooperate. He does not present as somebody with significant life, professional or civic experience, nor as somebody with many fully-formed public policy positions. That should make it impossible for anyone to have confidence in him at this early point in his career. Some of the policy ideas he looks forward to “discussing” in Harrisburg might easily have been discussed and evaluated already. If it weren’t for his name appreciation across the city and district, Ravenstahl clearly wouldn’t be in the hunt.

Now it is true, the 20th PA House Member does not get to have his or her finger on any nuclear trigger — nor any triggers at all. This is a contest to become one out of several hundred structurally impotent, hapless representatives, and to that point one might ask what is the harm in electing a 25 year old with naught but a recognizable name, a decent education and a gentle bearing?

Here’s the harm: that would be redolent of many of the actual problems in state and local government. It’s redolent of patronage, political connections, favors for friends and family, supporters and contributors furnished with inside tracks and cushy gigs — all in spite of optimum efficiency and meritocracy. If Ravenstahl is elected, it wouldn’t be patronage exactly — he will have won an election, after all — but the process by which he was propelled onto the stage will have been extremely redolent of what’s unfortunate about our politics, rather than what’s hopeful.

So whom do we support to take a stand for experience, expertise and due diligence?

Dan Keller presents as a private-sector business maven — a little too ardently, self-consciously. A few stories of lessons learned from the business world might have helped flesh out his appeal. He possesses a refreshing spontaneity and approachability, but on the flip side he can seem disorganized and scattered. He also has a high rhetoric quotient, even for this crowd.

Mark Purcell presents as a distinguished gentleman, an elder statesman and a veteran. He also seems a bit querulous and nonconforming for the job of effective state legislator. Some of his ideas are refreshing, others seem impractical. Then too he has been immersed in the political game a bit long for those of us aspiring toward something new.

Tim Tuinstra presents as an egghead academic. That’s why I like him, that’s why you like him, that’s why everybody who reads this blog (because they enjoy it) likes him best. Tuinstra is gifted with a calm, organized mind that is never at a loss for relevant words — attributes which would serve him well as a legislator and advocate. He is a reformer, but not of the knee-jerk variety; when he talks about changing the “incentives for behavior” in Harrisburg it provides a framework for more persuasive positions than most. As an auditor he possesses the requisite professional acumen, and as a neighborhood activist he has demonstrable street cred.

What he does not have seemingly is a ton of yard signs out there. Many political “progressives” have opined that Keller or Purcell would make a more likely option to stymie Ravenstahl, and that for once we should line up strategically behind a compromise choice.

There will be races in the future where it will be critical to exercise that technique, but this is not one of them. With four demographically homogeneous candidates, there is much more to be gained by straightforwardly generating votes and support for competent progressives, especially on the North Side and in our northern suburbs. There is also more fun to be had in supporting a candidate you know deserves it, who reflects your values and your methods. Who knows — if enough of us door knock, make calls, social mediate and perform all manner of white witchcraft in this final week, our guy might actually slide betuinstra the obstacles and make it into the endzone. So let’s hold up our end — let’s block and tackle and show some solidarity for our ideals.

Of course, that goes for all of you. Though the state of the Commonwealth is of immense and urgent importance, the possessor of this 20th House seat will likely be of limited consequence. Whoever wins will have earned the support of all of us, as well as our sympathy and our pity. Whether you happen to be more of an entrepreneur, an egghead, a political hack, a bureaucrat, a bingo mom or a crank, the vital thing is to project your political identity out into the world because no one else is going to do it for you. Only then can the universe be trusted to take care of business.