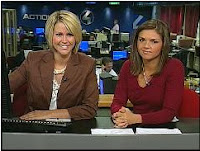 Ruth Ann Daily has been on a tear lately.

Consolidating government services and community planning into larger, more representative bodies that share the costs, the benefits and the responsibilities of development is, at this point in local history, a good and necessary thing.

Is there a single human being not actually employed by the City, that is not in favor of more aggressive consolidation? Anyone?

Eric Heyl always tears it up.

That UPMC would record a $618 million profit seems a bit contradictory for an organization that functions as and describes itself as a nonprofit health system.

Now, if he would only get serious for a minute, and draw a connection between the city’s financial distress — and the way we bow and scrape to the city’s most profitable venture, throwing up our hands and asking “What can we do?”

Marty Griffin, aka Lando Calrissian, exposes the risible state of the Mayor’s “Pittsburgh Promise” on KDKA-TV. The Burr Reporr is amplifying. Smitty from the Flats provides background:

DEC 13,2006..it was one week or so after Luke announced with Onorato and Doyle at his side.The “promise” was pushed prematurely by Luke against Roosevelt’s wishes. The timing between the mayoral announcement and the “promise announcement really seemed to sew up the nomination for Luke.It gave the appearance of “having it all together.”We know the rest of the story.

If you don’t connect the reference after about 20 seconds, you’re not quite our kind of person. Or you prefer Star Trek.

The League of Young Voters had some very kind words for the Burghosphere.

I now acknowledge that the world of blogs can be a very useful, informative, and of course, entertaining tool that might become absolutely necessary to the political process. They’re just subject to abuse just like everything else good in this world. It just took me a while to separate the what from the chaff and reveal the delicious, nutritious bits.

Not bad for a homogeneous echo-chamber, eh Potter?

Unfortunately, its loading time makes the new P-G website seem like something from the Jetsons. Make some popcorn, eat the popcorn, brush your teeth, then watch it.

2 thoughts on “Links and Such”