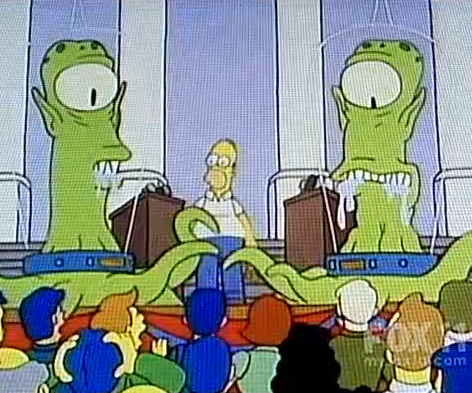 The most deviously powerful political office in Southwest Pennsylvania is up for grabs this year, and two candidates are going mano-a-mano, operative-a-operative for the Democratic nomination to it.

With three months remaining, here is literally everything I know about the two candidates for Allegheny Cah-nee Executive:

1) Has an Economics degree and a Law degree from Duke University.

3) Name appears in a conspicuously large, bold font on black and gold (or black and yellow?) Weights and Measures Division stickers on all gas pumps and grocery store checkout scales.

5) From time to time releases audits that have been a bit more critical of the status quo than that which we have heard from his party colleagues on County Council for example.

7) Rumored to be the preferred option of the Ravenstahl administration and its supporters.

8) Says he wanted to conduct property assessments “a couple years ago” to “get them over with” and seems to oppose efforts to obstruct them any further.

1) Has a Mechanical Engineering degree from CMU.

2) Elected to County Council in 2000 and is presently its President.

3) Has supported County Executive Dan Onorato publicly in pretty much all things.

4) That support notably includes past opposition to conducting property assessments, and further efforts to obstruct them into the future despite a court order citing inequities.

5) Says western Pennsylvania is poised to become the “energy capital of the world” — a bit of bravado which reminds me more than a little of “Drill Baby Drill” — although he also says he favors a “reasonable” extraction tax (though that is an issue of state law).

7) In addition to Congressman Mike Doyle, seems to be endorsed by most if not all of the Harris majority on Pittsburgh City Council.

8) Has at least a couple dozen beautiful red-headed daughters.

Am I missing anything? Is anything at stake here besides how soon we are likely to see property reassessments, and whose political factions will see their fortunes (or their operatives’ fortunes) enriched? Is anybody on the Republican side a likely concern going forward?

21 thoughts on “Looking Ahead to Rich Fitzgerald vs. Mark Patrick Flaherty”