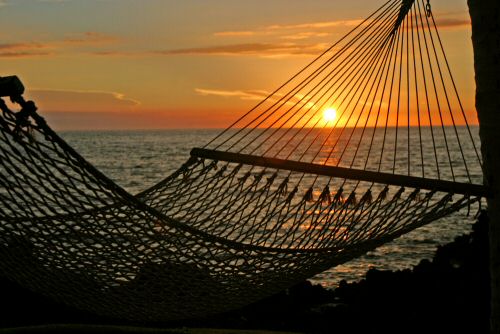 PittGirl wants Dan Onorato to read this letter very badly, so we’ll up the chances of that a smenth. Maybe Kevin Evanto will read it.

Michael Lamb owes Pittsburgh’s Lesbian Correspondent $500. The Comet will begin compounding the interest immediately. Did anyone else catch that Chelsa Wagner played a helpful role abating the illegal dumping?

Emboldened with news like this, we’re only going to start making more crazy and outlandish statements. To wit: Does anyone take the Pittsburgh Downtown Partnership very seriously?

The P-G has some video up on the One Hill / Penguins / City / County CBA signing ceremony.

(Quick question — given the relatively infinite quantity of time and space available on the Internet, why not film and post events like this in their entirety — from soup to nuts? Just a humble suggestion)

Carl Redwood summed it up best, and frequently: this is not the end, this is the beginning. Or rather, this is a notable landmark along a continued journey. David Morehouse of the Penguins absolutely and explicitly agrees, which frankly is encouraging.

We all know what we have in front of us today is a better piece of paper than the one we had eight months ago. It’s still parchment. There’s only less reason to burn this one.

The nature of our agreement is such that many of the details must be worked out still further down the road. For example, we know approximately how the community is going to have input on the Master Plan — but we haven’t remotely discussed the nature of that Master Plan yet. We know approximately how the community will apportion development funds — we just don’t know where those funds will come from.

Mr. Onorato said that development “just can’t stop” at the Mellon Arena site, which will be redeveloped by the Penguins, but must extend deep into the Hill.

He envisions development on a par with that taking place around Heinz Field and PNC Park on the North Shore. (P-G, Mark Belko, whose absence is always felt with regret)

That should be read as a cautionary note. As we know, development on the North Shore ends starkly at the railroad overpasses, and there are few if any arrangements for inflow / outflow. Furthermore, the development arriving to that shore has not and does not seem like it will cater to the nearby residential element.

There is a good amount that is in fact in this agreement — and assuming good faith, everyone is on the same page as to how to proceed. The grocery store most definitely will happen (and it’s looking like it will be the good one), thanks to URA and Penguins funding. The Penguins are chipping in other funding as well, though as yet only to targeted initiatives. Critical concessions having to do with labor and wages are set in stone.

More importantly, everyone participating has come to a consensus that things are going to change. Everyone has spoken to a shared vision. No one should be able to deny a sense of urgency, a true sense of priority. There is our great debt, there is our ambitious Promise, and there is the Hill District — the core obstruction and the great opportunity of our region.

Finally, this should generate among Hill residents and among all city residents the confidence that things can be made to change if we shake things up, leave our comfort zone, engage in the drama of our community — if approach our public officials with both a spirit of cooperation and a willingness to confront — and if we do it patiently and faithfully, so that we can learn how to do it as we do it. The best parts of this movement thus far have been the unplanned ones.

The results that this parlay will ultimately yield — not on paper, but on the physical landscape and in the lives of city residents — will depend upon how hard everyone is willing to continue to work, and how creative and open everyone can manage to stay. Now is not the time for cynicism. A major community benefits agreement was just signed in Pittsburgh. This is the time to prove such things can work beautifully. This is time to celebrate.

One thought on “Loose Ends”