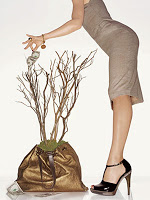 Here’s what seems to be most pressing with the Port Authority of Allegheny County:

The $372.6 million spending plan passed Friday will require the board next month to propose specific service cuts and a fare increase worth $2 million. There will be public hearings in August and September; the cuts will be approved in the fall and take effect in January — unless the Legislature passes new sources of revenue such as higher gas taxes, higher vehicle registration fees or new tolls. (Trib, Matthew Santoni)

Alright, first issue: Why only “service cuts” and “a fare increase” to address the $2 million gap? Why not “other cuts”? Or even “new revenue sources”?

Surely Hunts Ketchup would pay half a million dollars for the naming rights to the tunnel to the North Shore! Easy!

Okay, we should certainly scrutinize those cuts and determine if other potential actionable cuts elsewhere exist, and without dwelling unnecessarily on the past — and we will — but let’s say now, for the sake of argument, it’s really time to Find More Money.

Second issue: Of the options the state Legislature has it before it, I see no conspicuous problem with raising the gas tax. Yes it’s cutting off our nose to spite our face, but I don’t find myself immediately opposed to spiting our face in this way, if it would hasten the straightening out of that deviated septum of ours.

Third issue: If the State doesn’t rally somehow, we can cut runs on the bus lines running the very most frequent runs I suppose. Sorry, if you want to get somewhere critical by bus, you have to learn the schedule and you might have to cram in there real tight. Maybe that includes the Airport shuttle too.

Devil’s Advocate: I suppose we could always stage a wildcat lockout and start anew with fresh employees … but I wouldn’t recommend that.

At Any Rate: Go to the public meetings and tell them what you think. They’re in August and September. So you have about that much time to think this over.

One thought on “Mass Transit: Austerity Measures Ahead”