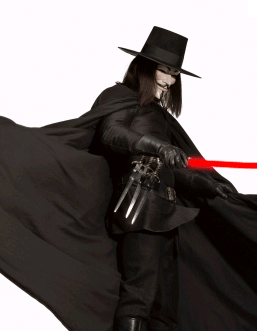 Infamous pro-Ravenstahl web presence “Matt H” has been exposed in the comments section of the local weblog The People’s Republic of Pittsburgh. Matthew Hogue, 22, is an employee of the Pittsburgh Housing Authority, and devotee of the late Mayor Bob O’Connor. LINK

The Republic‘s author, who himself goes by the alias Admiral Richmond K. Turner, expressed regret that the “outing” took place in his own civil, dignified web space. We at the Comet seriously considered whether or not further amplification was appropriate.

We decided that by engaging so energetically, for so many months, in what can only be described as a blatant public relations campaign in support of Mayor Ravenstahl, Matt H went out of his way to make himself a public figure concerned with public business, thereby meriting public scrutiny.

Hogue is also a city employee, who until four days ago would have served under the controversial former chairman of the housing authority, Dennis Regan.

Matt H’s identity was uncovered by another frequent blurghosphere commenter, Smittyfromtheflats. The first evidence to surface was a September P-G column by Tony Norman, in which a Matt Hogue lovingly recalled the recently deceased Mayor O’Connor. Matt H denied any connection.

Then Smitty produced an archival Burgh Blog post in which Yarone Zober, who had just stepped down as Deputy Mayor to become new mayor Ravenstahl’s chief of staff, acknowledged praise by Matt “Logue.” Matt himself corrected Mr. Zober, revealing himself.

But this was long before he became a local phenomenon, renowned for his prickly and sometimes offensive baiting of blog readers supportive instead of Bill Peduto.

Matt H’s Myspace profile has also surfaced. The page has since been made inaccesable to all but the owner’s approved contacts, yet screenshots have been captured as images by Dean, another blog commenter.

The Comet would like to close with the words of Matt H’s virtual bounty hunter, Smittyfromtheflats:

Matt from now on your “hands off”…i respect the fact that at 16 you became a political soldier,got yourself a job via Bob o,and continue to be loyal…congrats