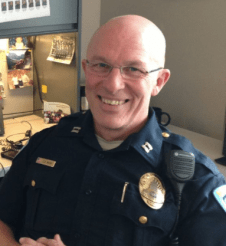 Pittsburgh’s next Police Chief will be Cameron McLay of Madison, WI, barring any major negative revelations over the next two weeks.

Mayor Bill Peduto emphasized McLay’s background as a student and teacher of community police-relations, and how he came across as heartfelt. His 35 years experience include 29 at the Madison PD, including SWAT.

Chief McLay will be busy in this City of Champions. Here are some notes on his cork-board:

City leadership has built a less diverse force over the past four years, since the ACLU sued it over a lack of diversity.

Police have now confirmed that in recent years they refused to implement a major crime-stopping strategy, despite its being touted by politicians during election times.

Police are now charging a man they mistook for someone else then shot and paralyzed during a traffic stop; that suspect is now alleging civil rights abuses. Police face yet another lawsuit for having questionably arrested someone outside of a community meeting about police-community relations. Following a violent confrontation at Pridefest, internal City investigators remain silent into their 12th week. The violent arrest by three officers of an innocent and unarmed youth continues to reverberate. And the clash in Ferguson, MO accentuates the frustration of many city-dwellers.

Finally, the Administration is in contract negotiations with the police union, and is struggling with some noticeably stubborn stains of corruption.

Welcome to Pittsburgh, Chief McLay! Or should we say, “Welcome to the jungle”. Don’t worry, we also have walkable neighborhoods and great cultural amenities, i.e. fun and games.