The above was filmed on Saturday, April 10th at Seven Springs (after a gubernatorial forum featuring Allegheny County local hopefuls Tom Corbett, Dan Onorato and Jack Wagner — among other conference sessions). By rule, the chairmanship of ALOM rotates to the executive of the City of Pittsburgh once every six years. The torch was passed at this annual gathering.

At 7:05 in the above video, the Mayor begins addressing economic development. Battery malfunction ends my recording in the middle of his description of the current Allegheny 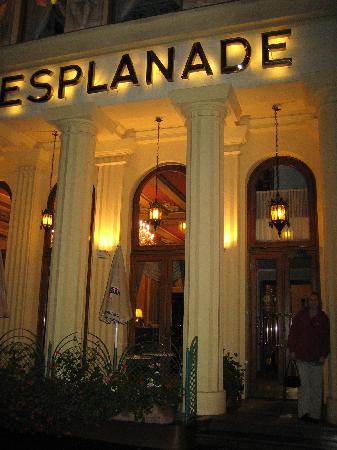 riverfront vision — the big finish to his own ten-minute recording. He seemed most passionate and determined on this topic.

Immediately afterwords, Governmental Affairs manager Paul McKrell fielded one question from the audience about the proposed sugared beverages tax: that being, “What about freedom?” McKrell responded that the City needs to inject an additional $15 million annually to the budget to comply with state oversight, that the tax is one of several ideas (one that does not revolve around Harrisburg) and that the City is open to suggestions.

Ravenstahl’s inability to personally attend the organization’s annual conference was conspicuously noted in advance by the Post-Gazette.