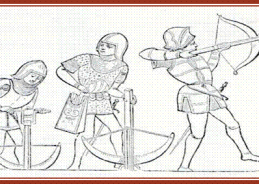 Here is the Mayor’s press release.

And here is the full 100-days report: The Sworn In: A ‘Dutes and Kev Tale.

Even by the standards of, “a Mayor gets to take credit for everything,” and, “some of these things are still works in progress,” this is pretty tight. Chock-a-block.

Over sixty exhibits in the categories of neighborhood investment (hooray for soliciting original proposals in the Strip!), government restructuring & reform (hooray for reinvigoration at OMI!), and innovation (hooray for open data!).

One regret is not having earned the Director of OMB he felt he needed and deserved, but for the most part eyes are focused squarely on a weighty future.

While we have accomplished a lot in our first 100 days, we have a long way to go to realize our potential as a city poised for greatness. Through every stage of our work — from studying the best ways to fill potholes to striving for cutting-edge neighborhood development models — we have one message for both our residents and the world. Our single focus, from the first 100 days to the next 1,000, is to make comprehensive changes to fashion a city government that serves all residents and makes all of Pittsburgh stronger for generations to come. (Early Returns)

Emphasis mine. Get hype.

BONUS: Listen to Part 1 of Richard Carrington of Voices Against Violence, at the blog Buses are Bridges. Carrington was selected as one of the community representatives on the Interim land bank board, tasked with crafting its policies and procedures as per 174A.05(d).

Leave a Reply to Willie the Duck Cancel reply