UPDATE: Clearly, McIntire had something. Tune in tomorrow morning for analysis of just what that is … 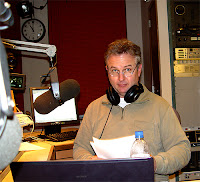 John McIntire’s “unofficial, speculative” account of an October 2005 physical altercation between City Councilman Ravenstahl and a uniformed police officer can be accessed here.

The account has Dennis Regan coming to Ravenstahl’s rescue, which would explain Ravenstahl’s indebtedness to Regan throughout the McNeilly affair.

McIntire claims that police barracks are crawling with first-hand and second-hand knowledge of this incident, but are silent for fear of reprisal. He also claims that major news outlets are dying to break this story first.

Here is another unofficial story, based on Comet speculation:

John McIntire was recently dismissed from KDKA and is desperate to stay relevant, especially now. Savvy of how hot the McNeilly story is in the blurghosphere, he launches a wild accusation and enjoys a week or two of limelight. By the time the story is rigorously checked by the much-disparaged mainstream media, McIntire can claim it was just a hunch, that he’s half-a-comedian, and that something like that might have happened, anyway. Thanks to all the attention, contract negotiations with his new employer go especially well.

Ravenstahl could immediately get in front this and declare McIntire’s story total garbage. He may resist this, because it would only give the MacYapper the attention he craves, and turn it into a “real story.” The Comet calls this the John Kerry Miscalculation. The story is already real enough. Besides which, firmly and unequivocally denying something might be just what the doctor ordered.

That is, if the story is wholly without merit…

McIntire’s extremely snarky column blasting the Mayor in this week’s City Paper includes none of these allegations; we wonder if this was an editorial decision. Elsewhere in this CP issue, ironically, we find a Chris Potter news piece raising questions about aspects of McNeilly’s version of events, and sympathetic to Ravenstahl’s case.

One thought on “McIntire Lobs Grenade”