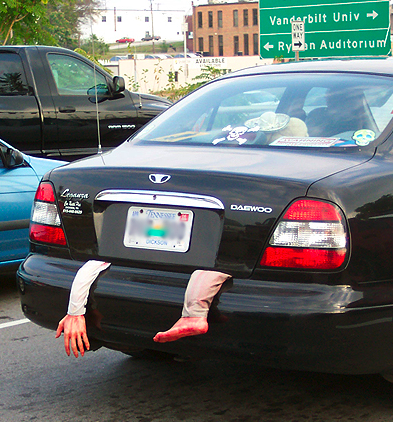 A. Fulton Meachem Jr. is resigning as executive director of the Pittsburgh Housing Authority.

[BIGGER: Sat. P-G and, most interestingly: Sat. Trib. I stand by the below.]
There have been indications that this actually was a forced resignation; perhaps of the sort that is strongly forewarned while an employee with songs to sing finds work elsewhere.
Two weeks ago, a controversial contract with a private security firm utilizing constables for policing at public housing sites was terminated with Meachem stating he was “exploring” the feasibility of getting City police to do the job.
In 2008 there were accusations of misspending at the Housing Authority under Meachem, although the source of that whistle blowing has since been rendered questionable. Those accusations eventually resulted in a milquetoast audit which was held back for some time. Meachem was accused of “smearing” then-Authority chair Pat Ford to divert blame for these and other managerial concerns, though the source of these accusations also left the city in disgrace.
Director Meachem oversaw the roll-out of a Clean Slate scholarship program for Housing Authority residents, and the replacement of Addison Terrace in the Hill District. He is survived by the authority’s Chairperson, Council member Ricky Burgess.

7 thoughts on “Meachem Gone as Head of HACP”