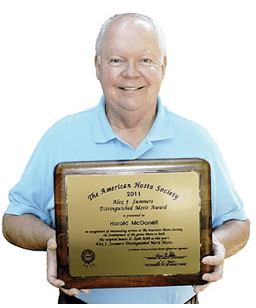 The scene on Tueday was just exactly as described in the P-G and at EPR.

And like any other protest. Sure, this gang had the pavilion and the stage at Schenley Plaza, but they also had a bullhorn and a chanting, fired up, diverse crowd of about a hundred. Eleven speakers from various organizations and communities delivered remarks.

“We love great teaching, don’t we?” asked Carey Harris, director of the nonprofit advocacy group A+ Schools. Warming up the crowd.

“Are these teachers worth fighting for?” she asked — and then received.

The teachers being cheered on are those newer city school employees who have seemingly demonstrated great and/or broad merit, by some evaluative methodology. In the event of teacher layoffs — of which there shall certainly be some, soon — under the current contract between Pittsburgh Public Schools and Pittsburgh Federation of Teachers 400, only the most senior of employees will have a chance to stay on.

Most argued to the effect that winning state budget cuts back from the sadly misguided Gov. Tom Corbett, his austerity-mad Republicans, and their packs of giant spiders is also of acute importance.

All assembled however were passionately adamant that in the present moment, seniority itself ought not stand alone. And begged the stakeholders to consider merit.

Esther Bush from the Urban League of Greater Pittsburgh. Rev. Dr. William H. Curtis of Mt. Ararat. Lutual Love of the Anti-Bullying committee and Bully Police USA. Wanda Henderson, the AAASPS. Hey, is that Sala from CORO in the front row?

Wow, there are a lot of African Americans here! A little more than half, probably!

Meanwhile, over at the intense schools blog:

Slow down, Jack. “Issuing a decree” is an awfully loaded term, good for using when one is suddenly and embarrassingly on the defensive about something. But it only stands to reason. This is Pittsburgh Public Schools. Who else in the flibbertigibbit would you expect to be passionately alarmed about our urban public schools system? Cultural minorities are not enrolling at Oakland Catholic or The Ellis School in any great numbers. They’re in the majority in the public School District. It can be difficult for some White residents to apprehend this, as their public school youngsters are hardly fed in to some of the majority Black schools at all. 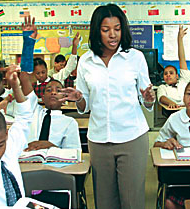 One can see how there is an anxiety about who the District can manage to “put in front of their children” at these schools, at any schools. Many desire informed decisions to be made to retain the best of the best teaching personnel on an ongoing basis, while continuing to weight seniority heavily.

The message was clear, because it was obvious.


“We have an evaluation system we can use. It was developed by administration and teachers. These tools are being used. [It is in the present] collective bargaining agreement.”

A repeated coup de gras. A major component of the evaluation framework — called “RISE” — has for the last couple years thanks to the last round of union negotiations been used to determine merit pay. Why not some merit retentions?

The speakers were relentless.

“Extremely impressive, brave, collaborative efforts of the Pittsburgh Public Schools and the Pittsburgh Federation of Teachers. Everyone wants to elevate what we’re doing in Pittsburgh.”

“We’re just putting our heads in the sand.”

“I believe this is a fight for a reason.”

That last, from a child, ominously. Uh oh.

##
“Unions are very sensitive to public opinion,” former City Council member et al Sala Udin explained to the Comet afterwords. “They want to be seen as an effective institution for public education.”

But isn’t this union-busting? A ill-faith distraction from Gov. Corbett’s proposed cuts? A stalking horse for privatization — vouchers and charters?

“I think that is a danger that has been represented largely by the unions,” replied Udin. “They see every threat as a ‘break the union’ threat. There are many people here who support the union including myself.” 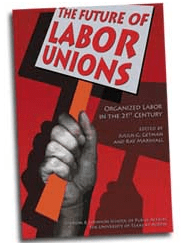 At the rally, Bush was especially complimentary of teachers’ unions and the PFT’s “contributions to equality.”

Nonetheless, she was ruthless on the need to “put kids first.”

Harris offered more recently in an e-mail to the Comet:


The PFT holds all of the cards in this situation, so I think they are in a good position to scope out a solution that is fair to their members while also putting their best teachers in front of our students. We’ve just posted … a few examples of potential solutions we hope they will consider: http://bit.ly/Jo15vA

According to another source, the union wasn’t even coming to the table as of Wednesday. Of course that was before their internal elections. Congratulations to Nina Esposito-Visgitis et al.

My friends, in the immediate shadow of Pittsburgh Westinghouse, Pittsburgh Obama featuring half of the Schenley Spartans by way of Bakery Square 2.0, and University Prep 6-12 at Milliones, fighting merit retention dismissively and on modestly trumped-up ideological grounds is bad for labor, bad for Pittsburgh, and probably bad for the students. The PFT should at least want to experiment with retaining “great” teachers, even if it has not become a perfect science.

Those newbie teachers are in the union too. A little solidarity for attempted rock stardom is in order.

So how about only the top “ranked” 5% of teachers — the truly and frighteningly exquisite — get to remain on board despite furloughs and despite seniority, until further notice?

Something along those lines? Something.

We are collecting so much data — subjective and otherwise. It cannot all be completely worthless.

Hopefully, the foundations, parents and community members (White, African-American and other) and the Pittsburgh Post-Gazette will persuade public school teachers to seek out something they can work with, declare a victory, and then bring to the old negotiating table for ratification.

On the flip side of that coin, it would be exquisite for example if those community activists could in turn be persuaded that state vouchers and subsidized privatization erode support for public education — and be persuaded to be outspoken in that regard in the general direction of Philadelphia. Though that’s asking a lot of some of them.

In the meanwhile, what exact data do we have? 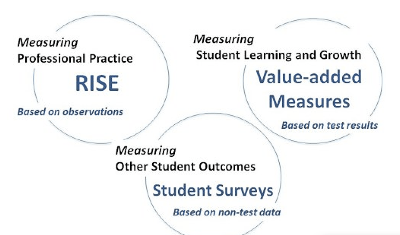 Oy vey. There’s no denying it: it’s a jumble.

There are three components to the current ideal conceptual framework: the Research-Based Inclusive System of Evaluation (RISE) Value-Added Measurements (or VAMs) and strategically designed student surveys.

RISE, which we are already using for merit pay, consists of rankings in 24 components (pdf) such as “demonstrated knowledge of content and pedagogy,” “creating a learning environment of respect and rapport,” “organizing physical space”, “communicating with students, “engaging students in learning,” “demonstrating flexibility and responsiveness,” “implementing lessons equitably”, “communicating with families”, “showing professionalism.”

It scores these in descending order as distinguished, proficient, basic or unsatisfactory.

There are guidelines for these in each component. The guidelines are pleasantly, clearly and surprisingly binary — at least in concept.

But a cause for hesitation among teachers is the possible intrusion of subjectivity by the evaluators. Another is capriciousness. Finally there is plain old budget-driven over-zealousness to weed out anybody who has become expensive.

Another blog post has sprung up over there, based around:

Breaking the Silence is the first empirical report of the actual experiences of abused teachers; that is, what constitutes principal mistreatment and its impact on teachers and their work. (Chicago Union Teacher, May 2003 ) Blase and Blase sound the alarm on principals’ mistreatment of teachers, and begin the important work of finding constructive solutions. (PURE Reform, Anonymous Comenter)

There is an administrative practiced called, “focusing,” which the District and its partners can employ on teachers who are deemed to need some extra attention. Or any attention, it would be expensive to focus on everybody at once. Nonetheless, the bullied teachers phenomenon is probably an issue worthy of due consideration. 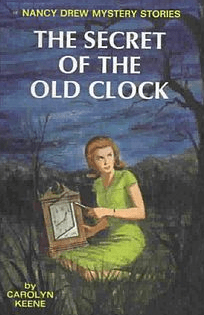 I would be more worried about the fact of who is making those decisions, and how.

This gets us over to “the Teaching Institute” at Brasher and King, the Clinical Resident Instructors or CRI’s and the almighty IQA-C (pdf, or document library).

And remember — this is all just RISE. One component of the triad. There are also the Value Added Measures (spoiler: infinite loop) and the Tripod student survey. Though these are not presently baked into the collective bargain, may not actually be out of the oven quite yet, and we may be encountering a dearth of yeast.

How much is this all costing, anyway? Costing everyone?

Can aspects of the different evaluation methods still be combined roughly as originally envisaged? Would that even be cost-effective for the District and the philanthropic community anymore? Can something sufficiently vetted be implemented in time for the state budget cuts, even if all goes well with the union? What if in the age of merit retention, a sterling veteran teacher gets dealt a bad hand one year during a “crucial” year and misses the cutoff? Do we have enough semesters and years of RISE data to make high-value decisions?

Finally, is there anything besides the Promise and teacher development we should be investing in? Healthy breakfasts? Humane starting times? Freeing up teachers to teach in other ways?

21 thoughts on “Merit-Based Teacher Retention Worth Exploring, Probably Not a Neoconservative Plot”