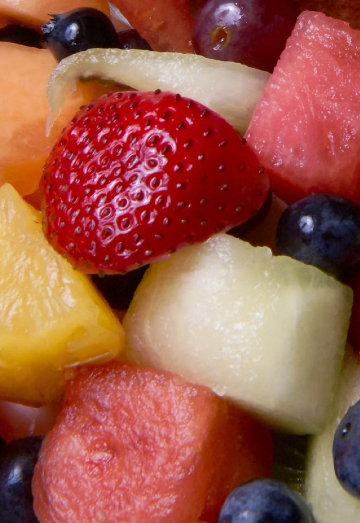 First: Maria posts a very good breakdown of most of the fallout from Council’s initial stab at campaign finance reform.

I’m partial of course because it leads with Georgia’s statement to the press — but don’t overlook anything, particularly the chart by Bob Mayo comparing other cities’ CFR ordinances.

More Blotzer activity: The Mt. Washinton blog 15211.org posts the text of the candidate’s presentation to City Council regarding intractable property vacancies along Grandview Avenue. Citing a section of the City Code in regards to Public Realm Districts, Blotzer implored the Council:


I would hope that council and the planning commission would be more vigilant in monitoring developments and in this case specifically, LACK of development or maintenance in areas designated as a Public Realm District. I would also hope City Council would consider reviewing or creating new legislation to enforce development timelines for all such speculators/developers. (15211.org)

Note for Georgia: You may well be right about new legislation, but my worry is, who is going to come along to enforce legislation that is supposed to help enforcement elsewhere? If enforcement is a problem we have identified — we may require new enforcement procedures, or a different kind of leadership.

However, the Council (including Councilwoman Smith) seems to be with you on the need to tighten up the code’s language and maybe make it more actionable, so we’ll see.

15211 also posts some observations on the public hearing, and on the issue of underperforming Grandview Ave. in general:

As people fought to retain control of their neighborhood, they didn’t anticipate that their success in doing so would result in an overcorrection of sorts. Mt. Washington developed a reputation for being “anti-development” and the developers that did purchase land were less than motivated to do anything with it. So here we sit. MWCDC Executive Director Chris Beichner brought a petition to Councilwoman Smith and City Council is finally taking a look at how to get us out of development limbo responsibly. (15211.org)

Now. On to another subject…

What about that Big Beaver Initiative?

A statewide grand jury sitting in Pittsburgh said the pair essentially used the Beaver Initiative for Growth, ostensibly an agency designed to improve communities in Mr. Veon’s district, as a cash reserve from which they paid bills for political work, gave bonuses to state employees who worked on Mr. Veon’s campaign and directed millions of dollars in salaries and contracts to family and associates of Mr. Veon. (P-G, Dennis B. Roddy)

So it really was a non-profit. Mike Veon simply was the Big Beaver Initiative for Growth. All of BIG’s efforts, allegedly, went to further the cause of Veonism.

Mr. Veon told John Gallo, Beaver Initiative’s onetime executive director who resigned over expenditures he viewed as illegal, that “since Edward Rendell had just taken office as governor there were going to be millions of dollars coming to BIG.” After Mr. Rendell took office, the grand jury said, Beaver Initiative received more than $9.9 million in grant money from the state. (P-G, ibid)

Given everything we have learned about the scope of “Fumoworld” and given these new charges regarding Veonland — do you think it’s possible the Governor never knew about any of this, as his government was helping to strengthen these respective citadels? It’s starting to feel like WHAT DID YOU KNOW AND WHEN DID YOU KNOW IT season.

Up until a few days ago, he didn’t have any role in supervising the Turnpike Commissioner, either.

A very good cover story about the life and times of Mary Beth Buchanan appears in this week’s City Paper. On a scale of one to ten — one being an outstandingly fair and balanced piece of journalism, ten being the usual ill-informed gut reaction that passes for analysis from many well-intentioned leftist writers — I give this article about a three.

I think the “controversy” about the case surrounding the pill-distributing doctor is pretty thin, for example; I had thought only one of the six witnesses recanted her testimony, and even then who knows when she was telling the truth, and what difference would it have made. And as usual, I think there is too little cognizance not only of the role Attorneys General play but the roles everyone between that officer and a U.S. Attorney play in decision-making — when it comes to “pulling the trigger” on certain potential charges, for example.

For more of my thoughts on the matter, SEE HERE, but the C-P did a fairly informative job.

The cover is very cute — it depicts Ms. Buchanan mounting heads on a wall with one space remaining for Dr. Cyril Wecht, with Rush Limbaugh and National Review literature on the coffeetable and a signed photo from A.G. Ashcroft on the mantle.

One thing that caught my eye was the Constitution burning in the fireplace — that is a very serious charge and would need to be backed up with something! — but then I remembered, this is satire! Just like the Barack and Michelle cartoon on the cover of the New Yorker! The City Paper is actually lampooning how certain less-informed liberals view Ms. Buchanan. All in great fun.