“Community building” means different things depending on whether you put the emphasis on the “MUNE” in community or the “BUILD” in building.

In the former instance, community itself is what one sets out to build; in the latter, building is in some manner undertaken by a community.

Development forces are already at work in different theaters as we begin our civic transformation.

The Hill theater is fiercely engaged at the Lower Hill / Upper Downtown, and can be defined by the following:

Impasses between the Pittsburgh Penguins and the Hill District community in rezoning the quasi-City land include affordable housing, inclusive workforce and commercial development practices, neighborhood legacy acknowledgments in naming and place-making, identified source funding for some Greater Hill Master Plan (pdf) and neighborhood initiatives, and enforcement provisions for whatever is pledged. To that grand neighborhood consensus, the Comet and others like to add that anything purporting to connect Downtown to the Hill District ought to have brilliantly complete streets, suited to the needs and aims of the environment.

Councilman Robert Daniel Lavelle, who represents the Hill District, Downtown and parts of the North Side, duly reminded the Penguins at a recent community meeting that he can “tear [their] plan up.” And this is a Councilman that has been anxious for the prosperity of new development.

More on-point, recently to the Times:

Mr. Lavelle, the city councilman, said the Hill District tumbled into poverty and crime with the demolition of many blocks in the 1950s to make way for a civic arena. It wiped out a grid of stores and jazz clubs that the poet Claude McKay once called “the crossroads of the world.”

“When you tore down the Lower Hill District, you took away the entrepreneurial spirit,” Mr. Lavelle said. “The extreme poverty was a result of that.” (NYT, Trip Gabriel)

That gets me thinking upon dirigisme.

The rules of any “nuclear endgame” between the City and its hockey team may involve not just a stalled transformation, but the lease for the Consol Center. If the City moves to solicit new proposals for any Lower Hill parcels upon whose rights the Penguins’ have or will soon expire, that could entail the Penguins making vague (and likely erroneous) references to that 30-year lease, which will get every sportswriter and sports broadcaster in Pittsburgh mad.

Few desire mad. Everyone wants significant commercial and residential development happening in the Lower Hill soon that is smartly tailored for Pittsburgh.

Making it so means pruning only the most unsustainable of avarice from what are otherwise responsible, unobjectionable plans presented by the Penguins:  that which involve sealing off too much legitimately available opportunity and benefit to the community, or that which will consume very many public funding opportunities without reasonable collaboration.

Basically, it’s just a routine matter of urban planning and negotiation among several parties.  It’s a simple microcosm, but high-angst due to historically challenging topography.

The Allegheny River theater is different, where until the train tracks opposite in the Strip District, land sprawls flat into a post-industrial distance and the Buncher Company is further along.

Here is what we see at “Riverfront Landing”, that section nearest to Downtown:

When we say there is low “civic demand” for development near the site, we mean that those who traverse the Strip District near Downtown — whether it be for a commute, work, shopping, a meal, a drink or to visit to the Heinz History Center — are not given to turn their heads and say, “Come on already. What a mess.” It just looks like Pittsburgh: a river, parking lots, greenery and small industrial relics; and there is enough excitement going on around it, it doesn’t seem such a shame.

But of course Buncher Company is willing and now able to transform things at what it calls Riverfront Landing, so change is due. Creating jobs and attracting new stake holders is nice, besides.

Buncher Company is a company with a fascinating history, which might account for its nuanced and evolving tone on whether to proceed despite what comes of the historic Produce Terminal.

It makes a fine point:

Mr. Balestrieri cautioned that development could be slowed and marketing affected if the produce terminal is excluded from the project. He said a prospective condominium owner or building tenant might balk without knowing the future of the hulking Strip District icon.

What Buncher misconstrues in the discussion of “What happens when the City declares a building historic?” are all the thoughtful processes and resources assembled at hand to weigh what are the civic (including economic) needs outweighing aspects of preservation, and what are the mitigating or creative adaptations that can be explored while maximizing historic value.

Buncher pays enough for architectural and design consultants. It is unknown, aside from undue self-securitization, why it seems averse to taking advantage of the City’s own resources and expertise in pursuing that course with some optimism. The City and its URA might be best-suited to devise commercial uses for its prized past possession.

On the other hand, much was said last year about the ecological health of our river and the vibrancy of public space along that river front. This is the province of zoning and planning. The property owner’s zoning was duly passed. It might be tempting for Mayor Bill Peduto to hold a punitive line over the Produce Terminal in order to convince Buncher to readdress that past perceived avarice, but doing so now to any excess would probably fall into the province of political vanity.

While the scope and potential for both development and its challenges expands as one travels upriver, Riverfront Landing is just a routine matter of urban planning and negotiation among several parties.

Doing things right takes a little more time than doing them heedlessly. We all know this from experience. 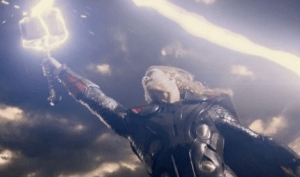 If the Hill District and the Allegheny Riverfront theaters are complex due to inherited urgency, the Hazelwood, the Homewood and the At-Large theaters all represent different sorts of clean slates.

By all accounts in Hazelwood, at the former LTV Coke works site along interior of the Monongohela, we today see few intrinsic challenges and a developer in ALMONO who must patronize many fine planners, consultants and advisers. The City also did patient work. Councilman O’Connor of the area voiced no concerns. No major concerns arose from the community, aching for jobs lost years ago.

The opportunities lie in what exactly spreads from that footprint.

Housing renovation? Mainstreets development along 2nd Avenue? Claiming Junction Hollow? A greenway corridor connecting towards Downtown? Something heavier, transit-wise? It’s all in play, and the City will have opportunities to encourage community building and improve some more crassly expedient practices.

Digging a network of canals is one idea. The feds are requiring expensive upgrades to our storm water infrastructure, to meet its volumetric calculations of need. Intelligently designed landscaping and canals would satisfy a portion of that need as determined by a judge, much like a holding tank. Water features enhance both community sentiment and commercial demand. The ability to host kayak racing competitions through an interlocking series of canals along the Mon would be gin for Pittsburgh.

We shouldn’t be shocked if some our more dazzling fantasies fail the reality test, however. Next-level success is just a routine matter of organizing, city planning and negotiation.

While our previous theaters were given massive nudges by some developer, the Homewood theater appears on the agenda due primarily to Mayor-elect Peduto.

Knockout development in northern Shadyside, East Liberty and southwest tip of Larimer is causing ripples of interest, recently evident deeper into Larimer. Councilman Ricky Burgess is not unwelcoming of investment. The community is vocal for change. Homewood itself is blessed with not only flat land but a square corners, rectangular street grid; miraculous in this city.

Yet by investing so much symbolism in his commitment to Homewood and by choosing to name it properly — not to creep towards the troubled and traumatized community — Peduto has committed to build a Homewood for Homewood; for its own sake.

I will not speculate on what that means. There must be a blizzard of stakeholders, property titles, built environments and natural resources to sort out. The chaos of its eager unpreparedness represents the cleanest of all possible slates within which to organize, plan and negotiate.

Finally there is the At-Large theater, or as I like to call it “The West End” but really the other 80 neighborhoods now less conspicuous on the development radar.

Like a ninja, the City will have to recognize, concoct and seize opportunities to build community in ways smaller for now, but no less burdensome of history and no worse as investments.

Markers of progress in Greater Homewood, along the Mon and in places like the West End will acclimatize Pittsburgh to more deliberative and sensitive city planning functions on titanic-sized items.

The demonstration of real productive engagement with the Penguins and Buncher Co. and the eventual implementation of some community-building in the Hill and the Allegheny Riverfront will reward patience and alert Pittsburghers to an enlightened vision.

A selective embrace of market forces, together with the respect dividend for building community in challenging theaters, will enable Pittsburgh to follow through in rehabilitating its vast, half-abandoned and poverty-stricken expanses properly — and will act as the most encouraging and illustrative diorama for why to invest in a smart, collaborative and efficient government.