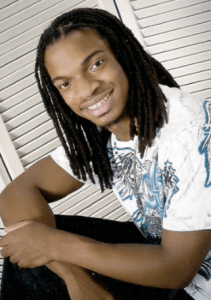 We alluded to a web of conviction.

We have seen how we are going to be more trepidatious and demanding in how redevelopment approaches, as it must, some of our most valuable, difficult and historic neighborhood assets.

We have spoken of a need to aggressively seek out and organize more welcome opportunities for growth to provide jobs, benefits, urban density, new local businesses opportunities, and more tax revenue for education, transportation and infrastructure.

Given that our progressive City bestrides moderate-to-conservative regions in a free-market worshiping nation and global marketplace, and given that no compromises are perfect, even the better bargains we are likely to see in the Down District / Hilltown for example are going to feel debatable on the grander scale. At the other end, open your mouth about the need for “economic growth” too often, and somehow your Q Score plummets in broad swaths of a deeply working-class city.

And politics act to aggravate inertias.

Our web still lacks a central ring, before we can engage with communities in redevelopment paradigms on full cylinders, and before we can accomplish many other reforms requiring broadly popular mandates.

We heard echoes of it towards the end of the last administration:

A group calling itself Pittsburgh for Trayvon delivered a bouquet of flowers and a list of demands to the city’s Urban Redevelopment Authority board Thursday, challenging the agency to “stop its campaign of economic violence against black neighborhoods.” (P-G, Mark Belko)

We are reminded of it by an encore judicial performance:

The contempt that many Pittsburgh police officers have for Jordan Miles and people like him says a lot about what’s wrong with criminal justice in this town. (P-G, Tony Norman)

How are those working out for residents of Pittsburgh who fight to protect the civil rights of citizens, or demand that City residents live amongst us and not just constitute an occupying force? (P-G comments, “Residents Criticize Land Bank Idea.”)

The City feels itself deeply divided. Many do not see a unity of purpose. A house divided cannot stand. Economic development is good medicine for regrowing tissue, but we are dealing with bone breaks between our most important neighborhoods and trauma symptoms. 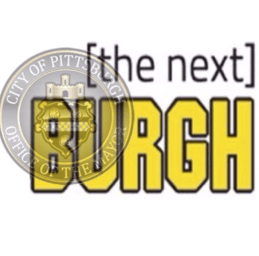 We of Pittsburgh — especially the young people, academics, knowledge workers, tech nerds, artists and social and commercial entrepreneurs who make up parts of the “New Pittsburgh” — need to focus with great commitment on our town affirming and advancing the civil rights and dignity of all of its constituents, in all of its interactions with them.

To say we must advance them, we must find solutions to problems.

It can be hard to forthrightly identify “problems” in the policing our communities, chiefly because most of us know with certainty we do not understand what it is to be a police officer, and we are truly in awe of it.

This is a frightful occupation we are having them perform, and it demands reverence and appreciation as long we we ask them to do it.

But fundamentally this is a different age — multiculturalism and webcams, for starters — than the times in which the legacy cultures of police bureaus were formed. Although the crucible is the same, expectations are more specific because more of us have seen what progress looks like:

Then too, it can be painful for relatively privileged Pittsburghers to plug into these conversations, given the specific histories, the jargon, the sensitivities, the honest unfamiliarity. But the civic lifestyle of an urbanite demands extensions of perseverance.

This is a conversation we all need to join.

Police leaders of a modern mind need to be identified, empowered and then accorded great respect. Paper procedures need to be employed. New procedures and training need to be imported, adjusted and implemented.

Cries of “foul!” from the police union in particular need to be evaluated carefully. Sometimes these will provide necessary information and keys to collaboration. Other times they do what worker unions must — say and do everything they can to protect their own pride and considerable privilege, regardless of merit.

Some will think it crass of the Comet to suggest getting tough on police discipline as a reaction to divisions in something like redevelopment projects.

The Comet thinks it far more crass to bargain away residents’ access to justice, the enjoyment of their rights, and equitable customer services in the name of labor peace and avoiding tough but necessarily conversations.

Respectful conversations. That means not demonizing cops under scrutiny or in general, but just moving forward with oversight processes, dealing with questions as routine and inevitable, long before the need for do-over civil lawsuits.

There are ways to investigate and respond to grievances internally within the Police Bureau. To take advantage of it at that level is probably most efficient, and potentially easiest on officers in the long run.

There is the Office of Municipal Investigations. In that location, we are fortunate enough already to see a strong sign of progress.

The Citizens Police Review Board can play a supportive role when it must. Its executive director has a fair amount of institutional experience from which to glean strategies. (AUDIO)

We could beef up engagement-focused policing strategies such as the Pittsburgh Initiative to Reduce Crime, and fully implement them. 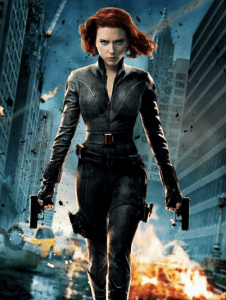 We could take a harder line in future labor contracts with the FOP in regards to “work rules” — those negotiated “benefits” which can include everything from problematic moonlighting arrangements to ceding the privileges of Bureau brass and civilians in managing its workforce.

We as a City should become more willing and prepared to legally challenge what has been expediently regarded as difficult or impossible in terms of police management rights.

We can collaborate with more partners in law enforcement, so long as that is helpful.

There is a lot we can do besides complaining about cops, whether we have a few bad apples, a couple, or a handful, or a bushel or a peck. Nobody is impressed by a lot of grandstanding and complaining, anyway (except those to whom it sends a wrong or offensive message).

The thing for Pittsburgh to do is to keep taking recognizable, visible steps as appropriate.

The thing for Pittsburghers of all stripes to do is get interested in and excited for those next steps — to demand them. We suffer a lot of unfortunate interactions just begging to be converted into something much more positive, as police culture catches up to speed.

Speaking of FOP contracts, we have yet to deal with their salaries, nor benefits to officers and families. Given the challenges of this job, it is probably more cost-efficient (and humane) to start that conversation with, “How much money and comfort would you like? A lot? Well, let’s talk about a lot.”

Pittsburgh does need to be able to retain and attract rare talent: officers adaptable and suited to a modern police culture.

We will also need to spend money to keep police ranks fully staffed, and their equipment maintained and current — though we shall have crack down on inefficiencies, whether it be in vehicle washing contracts or arcane “double-dipping” or “pension spiking”. As we cater to employee comforts, the score should be straightforward and crystal clear. 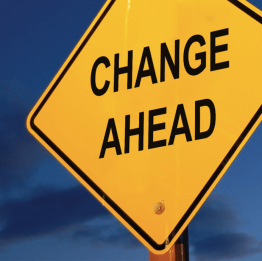 Speaking of Public Safety, there are other challenges. The Fire Bureau, for example, might be one great opportunity to recapture some economic sustainability — but maybe “work rules” are something to offer. In the Bureau of Paramedics, aside from rare, high-pressure exceptions things seem to be in hand — but maybe we need to focus on old puzzles as to how these forces should collaborate.

There is a lot Pittsburgh can begin doing in terms of government efficiency, if we can establish popular enthusiasm for a vision and objectives.

Right now, for a variety of very rational reasons, half of Pittsburgh does not feel optimistic about about their City’s genuine interest to serve them at all. Half of Pittsburgh feels abandoned.

That is the central efficiency we need to dial up — so we can begin really pulling our own weight, all the better for demanding others pull theirs.

Next in the Modern Pittsburgh series: