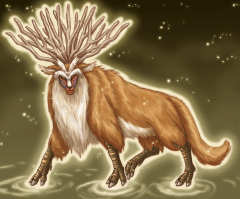 If one leaves food out for the animals — off to the side, in a regular spot — they are a bit less likely to invade one’s domicile, refuse or garden. Is one way to look at it.

Reviewing all the community building, place-making, historic preservation and cultural accessibility we have charged the City of Pittsburgh to enforce on the marketplace amidst our riven neighborhoods, the question might reasonably be asked, “Does anybody ever get to make any money?”

The new Mayor — the one who is making all the contentious, equity-driven demands on behalf of the common good in regards to stress points at the Lower Hill, the Strip District and Homewood — would answer: “Yes! Yes, please come in from outside and invest! Right there…”

Bill Peduto envisions Downtown Pittsburgh as a “mini-Manhattan” — one that hardly ever sleeps — with more housing, unique local retailers and even a free bus loop system to chauffeur riders from one destination to the next. (P-G, Mark Beko)

“I want to make Smithfield Street from Station Square to the convention center a grand boulevard of Pittsburgh, bring in small shops and boutiques from all throughout Western Pennsylvania and give them a presence on a Downtown location that becomes a calling card,” Mr. Peduto, the Democratic nominee for mayor and prohibitive favorite in next month’s election, said in a recent interview. (P-G, Belko Part II)

If Pittsburgh is going to embark upon a project like that, the implications upon public transit, accessibility, and any negative impacts for the present Smithfield Street community need to be addressed.

Addressed and disposed of. Because take my word for it, Pittsburgh pines for its central business district.

Our only hesitation about Smithfield St. is that Forbes Avenue would be a lot more convenient. Obviously. But we’ve been failing and sputtering about 5th and Forbes for years… maybe it’s time to try and rewind Kaufman’s clock some other way.

We hardly need stop there…

In other cities, the implementation of BRT has been shown to be a cost-effective approach for improving transportation as well as a catalyst for community revitalization. In Pittsburgh, implementation of BRT could result in similar benefits for the Forbes/Fifth corridor and Uptown neighborhood. (Port Authority)

“Uptown, Downtown! Just not all around town!” … Urbanist protest chant.

If done properly, canals could turn some of the city’s least desirable properties along the Monongahela, Allegheny and Ohio rivers into some of its most attractive, he said. He envisions housing, office and commercial development being built around the green elements. (P-G, Belko Part III)

Hazelwood, in fairness, knows by now it’s about to get massively redeveloped at the site of an old mill. It knows it’s the next logical continuation of a thriving 2nd Ave. research corridor. And it appears to be taking a “Wait and see” approach. 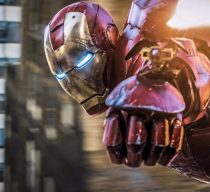 Without a doubt, the perils will be tricky to perceive. At such times one hopes the Mayor’s new executives in charge of Urban Affairs or Neighborhood Reinvestment would strap on their gear and swoop into the fight, protecting citizens from displacement, hardship and disenfranchisement. As should the rest of government, we might add.

But that’s not to say, let’s fire away indiscriminately. Some jobs would be nice.

As a matter of fact…

Marimba Milliones, executive director of the Hill Community Development Corp., said, “There are a considerable number of similarities between the Hill District and Over-the-Rhine.” (Trib, Tom Fontaine)

Do your own researches on Over-the-Rhine. By any measure, it has been miraculously gentrified. One can even find voices bemoaning the change… but, they seem few in number and not militant.

This is not the only model being looked at by Hill organizers and others. And that’s a good thing too — OTR seems more dense, thick with red brick buildings, and lacking in a Crosstown Expressway.

But to the extent that it is being taken as model, the Comet believes that’s an indication of the HIll District saying, “We want to be a part of gentrification. We want to shape it. Don’t leave us out.” 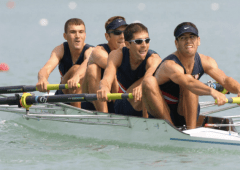 It’s fair to say our new Mayor’s commitment to harnessing the creative-destruction of capitalism is fundamental. Take a gander at the “rideshare” debate.

It might theoretically be possible to maintain a narrow grip on the offices of City Government by maintaining a radical line against profit-seeking, and refusing to indulge the growth agenda as a matter of principle.

This gets back to sheer requisite size of what we earlier described as the web of conviction which needs to be exerted, and upon whom. In order to address all our problems and reach our aspirations, we need far greater than a 51% hold among the voting residents of our City at tumultuous 2-year intervals. We need to have the entrepreneurs, inventors, professionals, careerists and many SWPA neighbors on board Pittsburgh’s coalition. We need a lot of people to become of one mind, operating posts at different stations.

A vain adversity towards global business would alienate legions of common and very necessary allies. They didn’t call it the 99% for nothing. Those of us on the left who largely supported Mayor Peduto would do best by Pittsburgh to focus on discriminating amongst business overtures, shaping capitalism’s works rationally and compassionately around people’s lives, and seeking ambitious positive innovations in the government’s own business.

Next in the Modern Pittsburgh Series:

6 thoughts on “Modern Pittsburgh and Gentrification”