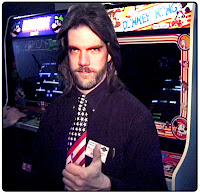 The Allentown Community Development Corp., which she heads, should use its money to clean the streets, he said.

“The place is filthy and they do nothing about cleaning the streets. If you keep your home dirty and filthy, rats move in.”

Ms. Hackel said the group operates on less than $8,000 and does not have a budget for street cleaning. “We asked for it in the [Community Development Block Grants] request this year,” she said, but the request was denied last year.

Ms. Doven said the mayor “recognizes that building new houses in a neighborhood does not mean revitalization. For neighborhoods such as Allentown, we have a serious problem with vacant structures and lots. Folding greening into the public safety process is a key part of the puzzle.”

The Comet is unsure about folding “greening” into public safety as such a “key” — it strikes us as maybe only the most visual, demonstrable tactic that is within our present capacity — but it’s not like we have all the answers ourselves! This is a fair, balanced article that touches upon many complexities. We do like how it seems to pinpoint resource allocation.

Because of tight credit as well as a poor economy limiting the number of customers willing to travel and lose money, casino companies large and small are scaling back projects or delaying them. Tropicana Entertainment in Kentucky, Greektown Holdings in Detroit and Legends Gaming in Illinois all have filed for bankruptcy protection. (P-G, Ed Blazina)

It’s not the world’s best time to build a casino. That’s just unfortunate.

Full vetting, we are totally on board with. Upending the apple cart and rolling the dice? Seems unnecessarily punitive, all things being equal.

Oh my goodness, you are not about to wave a bloody Terrible Towel in order to stump for deregulation, lower taxes, and the divine right of corporate interests, are you?

In order to demonstrate success, Mr. Rendell points to his increased financial support of social programs and the teachers union…

At 9.99 percent, our state corporate net income tax rate remains the second highest in the country…

Forced unionization in both the public and private sectors remains a reality. And there is no cap on punitive damages sought in medical malpractice law suits…

A culture of corruption has been growing…

It is time for Pennsylvanians who care about our future to get involved. We must vote for change. I do not mean the kind of change promised by Mr. Obama…

You know what? What Meakem offers is a mixed bag.

We need government empowered and ambitious enough to take on big communal challenges, but we also need to be constantly on guard against orthodoxy, complacency and inefficiency. We don’t necessarily need smaller government, we need better government — and we don’t want growth just for growth’s sake, we want sustainable, wholesome growth. We need to come to some accords and accomidations with the invisible hand, not turn our lives and landscapes entirely over to it.

We’ll take some DeSantis Republicans together with some Peduto Democrats. That should be enough change to satisfy anyone.

“We plan to build a multilevel parking garage with retail on the first level on some of those lots,” said Tony Williams of Sal Williams Real Estate Investments Development Co. Salvatore Williams did not attend yesterday’s event.

“It could be anywhere between the 1000 block and the 2000 block, but we’re not quite ready with plans yet,” Williams said. “Hopefully we can start to build … within the next 18 months. Then we can drain the parking that goes on those (surface) lots to the garage and use those lots for apartment buildings, offices and retail.”

On Thursday, their company will seek city Zoning Board of Adjustment approval to continue to operate a number of the surface lots. The firm is seeking zoning variances and special exceptions… (Trib, Ron DaParma)

Do any of the community groups — or the community individuals — in “Uptown” or in the related environs have a position on this? Mr. Williams has long been (ahem) controversial, but he also seems to be a fact of life and one with whom we can possibly work. Anyone?

6 thoughts on “Monday: A Fistful of Bandwidth”