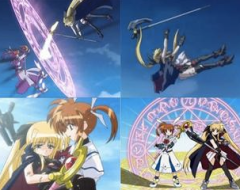 You were expecting something else?

Care of Busses are Bridges: The City’s proposed Land Bank legislation, in an interactive format where you can leave commentary.

At What Would Vannevar Blog: Lyft, your Internet jitney. UPDATE: Cabbies say there ought to be a law.

At the Post-Gazette: On City Solicitor Sanchez-Ridge and on OMB nominee Ed Keily.

On the last: The Trib’s Eric Heyl makes some analogies regarding Keily’s IRS payment schedule; the Comet might rather have suggested it’s more like having a doctor who smokes, or a psychiatrist who is afraid of heights. For who among us is perfect, and who is best at giving advice when it comes to themselves? Does this discredit his qualifications and experiences?

But the Post-Gazette is right. These are the sorts of imperfections that are going to erode the Mayor’s capacity to claim the mandate of heaven, and to deliver on his agenda. He did not seem to mind accepting either political risk beforehand. And it was bound to be something. But it’s good to know that these are the types of things.

Does our Mayor display a softer and more forgiving spot for executive-type leadership than he will be willing to share with the City’s rank and file? If he does, does he use proper and reasonable discretion? We don’t know that yet, but our eye is on it.

The worst thing Peduto could do is dismiss all such criticism as stemming from invested, irreconcilable, inevitable “haters”, and instead fixate narrowly on his prospects for reelection. That would be a function of fear of the People. Fear leads to withdrawal, withdrawal leads to delusion, delusion leads to suffering. Patient and open-minded engagement with criticism over time will yield opportunities to address the real roots of such criticism… and to fix things we failed to perceive even needed fixing.