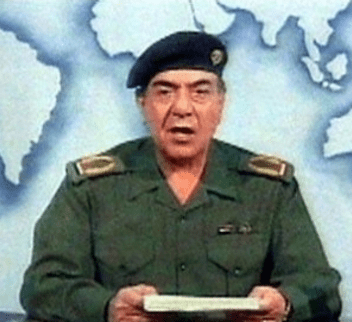 At City Council’s recent special meeting on campaign finance legislation, mayoral Manager of Policy Gabe Mazefsky sat at the table to represent the Mayor’s office. This is how he started:

“Mayor Ravenstahl has long been a proponent of campaign finance reform.”

I try to keep my comments policy-oriented here, lively for certain but always in good spirits. Nonetheless, readers must continually sense something because from time to time it is suggested to me that boy, I must really hate the mayor!

“Hate” is both a strong and a wrong word, but in the future I think this would be an excellent item to stick a pin in — if in the future readers should ever notice a degree of anger.

Patrick Dowd must have felt similarly, because he looked for all the world like he was fixing to take a swing at the mayor’s Manager of Policy. That’s dangerous — I think it must be a tactic by now for the administration to be so glibly and punishingly mendacious that one cannot summon an adequate response. Even still, Dowd gamely plowed ahead with his prepared questions, barely concealing his outrage.

First Dowd asked: the Mayor wrote in his veto letter of last summer’s CFR legislation that he objected to the effect CFR would have on challengers to build campaign war chest capable of knocking off incumbents. What had changed over the months to alleviate those concerns?

Mazefsky’s only response was to point out that Dowd himself had raised $80 thousand during his campaign for Council, and to quote him on one occasion saying he was proud of that. He did not address why the mayor dropped that concern.

Then Dowd asked: the Mayor also wrote that it is important CFR be enacted only statewide, so as to “level the playing field” for everybody. However, not only is this new bill the mayor and county exec submitted not statewide, it does not even address the many municipalities and governments within Allegheny County — it only address City of Pittsburgh and Allegheny County officeholders. So again, what happened to the Mayor’s previously stated concerns?

Mazefsky’s only response to this was to point out that Dowd failed to propose campaign finance reform for the School Board while he sat on that body.

You can check the video.

After this was concluded, Councilwoman Harris opened her turn at questioning with the observation that “there’s a lot of politics in the room” — and certainly there was. However, it was clear that Dowd was playing politics at least with a set of verifiable, real-world facts and interesting questions. Gabe Mazefsky, by contrast, was playing politics with … I don’t even know how to describe it.

Those members of Council who voted against campaign finance reform back in June reiterated their skepticism and their objections once again — with Theresa Smith now filling the role of Dan Deasy. Of course I disagree with their positions, and the City can debate all of that on its merits. Yet none of those individuals pretended to have been “long time proponents” of these particular reforms, none of them were wild about the current measure, and none of them veered off into abject childishness like Mr. Mazefsky.

Assuming Mayor Ravenstahl has or ever had convictions on the subject, all he is accomplishing by proposing these weak and tentative reforms is to sell out the colleagues with whom he shared some convictions last summer — for the sake of play-acting like a progressive reformer immediately before an election.