Squirrel Hill is in mourning for its slain and cherishing their memories, grieving for their families and for those who held them dear. We are worried for the injured, grateful for our heroes, and caring as best we can for all those who are left bereft, sorrowful, fearful, shaken and disturbed.

We are heartened by the special outpouring of national and international sympathies, after this Saturday morning’s act of hate and terror.

Some youths who attend Taylor Allderdice High School organized and led a vigil for the as-yet unnamed dead on the evening of the horror — which was good, because too many of the neighborhood elders would have been too intimately impacted and involved to organize an appropriate public service that quickly. (Another vigil and more fulsome community responses were in the works at the Sunday hour of this writing, and more will follow.)

After a prayer, some words, a song or two and a moment of silence, a bold young female voice declared from the speakers, “We are still Squirrel Hill.”

Because after all, ours is a proudly diverse community, and this was a political terror. 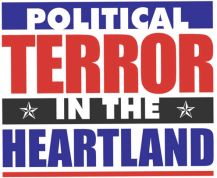 This is no question of policy — of gun control and safety, or mental illness and prevention. It’s not even a question of whether or not the deadly violence ought to be politicized. The shooter was politicized, and not only through racist prejudice. He was radicalized.

We American Jews tend to have a soft spot for refugees, migrants and other minorities, having a strong ethnic identity steeped in both Biblical oppression and diaspora, and more modern mass persecution and migrancy. That liberal solidarity frustrates White ethno-nationalists, who want to live in a nation wholly expressive of their own cultures — asleep to how even their most relatively meager securities are furnished by a legacy of ethnicized plunder and exploitation. Their strength lies only in their own numbers, and wounded pride.

Jews also enjoy the privilege of a heritage strong in both education and migrant industriousness. As Jews thrive, our habit of moralizing conscientiousness with respect to rights indeed helps keep us safe — and, it is whispered, protects our self-interested schemes. So sometimes, if your Jewish bill collector is annoying you, it might temporarily feel like it is because they’re of the same tribe of people that made up the Holocaust and invented the bomb to win Israel, and now control Hollywood and the media. But of course that’s all nonsense. The Holocaust did happen, people are individuals, business is business, artists tell stories of justice, our major organs of journalism try to report the truth, and life is complicated. The random murder of innocents is senseless, and as vile as murder on an industrial scale. I’m not fond of when today’s “antifa” movement encourages answering White supremacist speech with physical roughness, but so far they’re not opening fire, and at least they’re on the side of life! Refugees and migrants responding to suffering and pressure deserve at least an honest process and compassion, because that’s human rights and humanity.

To argue that those suffering mental illness might latch onto any vengeful excuse for wreaking violent mayhem, requires demanding leaders therefore discourage all pernicious, deeply etched narratives justifying ethnic and group loathing, especially when these are aroused and becoming heated. Migration pressures may test our political equilibrium and national security, but these must be managed with dispassion and sensitivity, not fired and stoked for cheap political points.

And to think it highly probable the gruesome massacre in my hometown or many others are all elaborate “false flag” operations is a malady — either of wits, political defensiveness, or complicity in too many false-flag stunts. 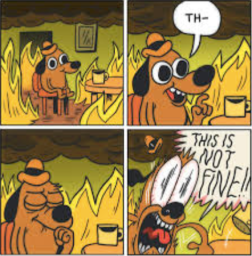 Paranoid anti-Semitism gets tied up in undermining Black and Brown success by rendering their pain and politics as no more than a theater of the ignorant, manipulated by Jewish puppet masters. Then the same scapegoaters turn around and raid the public treasury by warning that high taxes are just redistributive welfare for lazy colored people.

All that racist resentment brews in Trump’s coalition alongside angry reaction against womens’ liberation and they way women choose to wield their power, against Hispanics to the point of deceptively separating migrant children from their families, and against anyone with any perceived weakness he might exploit to demonstrate his own power to dominate.

We know this to be fascism. Trump’s right-wing populist bluster employs enough of the fascist playbook to strike the chords which stir fervor in souls to align with strength for strength’s sake, ethnic majority, masculine aggression, identification with the state, idealization of its past, the scapegoating of minorities, foreigners and the mentally ill, and a cocky, bullying disregard for the weak and any need to speak truth.

The lure of fascist rhetoric is not unique to our circumstance, merely unusual. It seems endemic to the human psyche. Democracies are proven breeding grounds. Since the matter is pregnant, we might pause for a moment to consider how to counter it. I don’t know much about fascism outside of what’s available on YouTube, but one might begin by trying to envision its “opposite”. What sort of person would subvert fascism on the most levels?

Willing to break with traditions.

Celebrates others as whole human beings, without regard to political prejudices, confident in ultimate victory over darkness and disharmony.

Exalts our diversity, grounding our cohesion in the bewildering array of our journeys and struggles, all with hardship and humiliation.

Teaches how hatred rises from trauma, and trauma is cyclic.

Embraces idealism, and seeks to alleviate the sting of depravities unique to the modern manmade world.

Loves peace, and so tamps down rash fears of criminality and elite conspiracy

Recognizes the military’s capacity to consume treasure and blood in the name of our interests, enmeshing us in conflict.

Feels the corruptive tethers of personal enrichment and political patronage, and gladly seeks to act free from them.

Supports the poor and the working classes, to provide real economic security.

Reveres the feminized roles and virtues, is committed to equality and autonomy for women and for womens’ general advancement, and so is relaxed and reserved in masculine expression.

Highlights that which is admirable in those who are weak, marginalized, ill and unfortunate, and invites suffering and toil so that others may have life.

Values artistic and media freedoms, intellectual criticism and debate, and is openly self-reflective.

Wields power gravely, with care for the outcomes.

Protects a broad voting franchise and the faith we keep in elections, and promotes sound democratic reforms.

Reveres our Providential journey, and regards the world’s spiritual movements with equanimity.

That still leaves plenty up for debate. I for one am liable to mansplain my feminism to some women, for example; the devils are in details, and life is an aggregation problem. How best to apply such lofty principles in real time? But the point is to seriously envision, pursue, elevate and reward such instincts, and thereby beat back this existential, eerily karmic threat. If you don’t like those in particular, I’m not surprised; they’re sloppily drawn, and I relied on a rigid and arbitrary method. But meditate on the idea of a life-affirming, omni-nurturing, vulnerability-transcending Antifascist Archetype during the interlude.

Yet the eruption of far right-wing fascism is not even the root cause of our disquiet. There is a surreality to this era that extends back before our self-promoting playboy billionaire president, and has been building.

Farcical cruelty and humiliation visited on too many Americans has been tugging on our hems with mounting urgency, making us susceptible to division and cynicism. Our core dissatisfaction and alienation runs as deep as the contradictions upon which our union was founded. Now the pressure is grown fearsomely critical, as even the environment lurches.

The risks to Mr. Rogers’ neighborhood and many like it are beyond the aid of autonomous vehicles and smart street lights, or any other type of innovation and economic development. We will need to assign value to humanity, and account for it.

3 thoughts on “Monday: Grief and Resolve from Squirrel Hill”