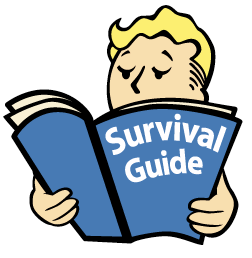 Did you ever put on a bathing suit as underwear because you forgot to do laundry? That’s a little like what’s going on with the RAD tax and the Port Authority…

The annual funding of $3 million to the Port Authority over the next 10 years will wreak havoc with the surplus, limit inflation adjustments and ultimately affect the stability of these important assets. In the past we stabilized the annual budget with the surplus so that assets could remain fully funded. But one needs a surplus to do this. With $3 million a year to the transit system, I estimate the entire cushion will be wiped out in five to seven years. (P-G, Rick Pierchalski)

If objections to the Fitzgerald notion actually, ultimately result in bus routes disappearing and workers let go, then yes that would redound to the detriment of whoever stood in its path. But if it results in any sort of compromise or more orthodox $3 million solution, that person will wind up looking like the rock-ribbed fiscal and civic watchdog on the scene. Take it as another object lesson in not misunderestimating anybody with proven survival instincts.

##
Darlene Harris, following five years of increasingly volatile trench warfare consuming city hall, this year earned a second term as Council’s President by running on a new platform of, “Let’s all relax, for a while.” The credulous Joe Smydo immortalized the success of that initiative but in so doing seems to have shaken potential mayoral contenders back into overt activity.

Our Controller has spent the last two weeks firing a chain gun in the direction of the administration, while Mr. Peduto — well, at the moment he appears to be showcasing his “vision thing” with such features as bicycling safety, “green” sewage strategies and community planning, though we know the hate flows strong in that one.

Meanwhile, and allegedly, there is Jack Wagner. Who in these locally portentous times is distantly and dutifully trying to support the 911th Airlift Wing, recommend changes at Penn State, and keep tabs on volunteer fire departments. I’m sure he would like to have a hand in the Great Rebellion, but does anybody really believe this guy is running personally? Truly, in a way that is not a psy-ops fake-out against one of the aforementioned challengers? If Wagner fails to chime in substantively and sharply on at least one natural topic very soon, it’s going to be tough to justify his continued inclusion in the penciled brackets.

But this is all crass politics. And as you know, this is a high-class, no fraternizing public policy blog. With so much of consequence going on, now we can only give you glimpses of the substance behind the stories! So without further housekeeping…

##
Back to the Smydo piece, I cannot imagine The End of Fiscal Oversight is really going to be “an issue”. Oversight and the termination thereof is conducted and decided by the State, the State is decidedly now run by Republicans, the City is run by Democrats, why should they desire to let us out from under their thumbs? And given our severe pension woes and thin capital margins, how difficult is that position even to justify anyway? “Ending oversight” will be a handy pedestal for some, maybe for us even a useful facsimile of a debate over “So yinz guys, how’s Pittsburgh doin’? I think pretty good!” But at the end of the day the statutory fiscal discipline clearly still benefits us — and to the extent we find it galling or constricting, well, there’s nothing to be done. 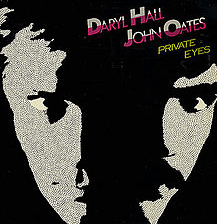 However — why the heck is the ICA spending $3 thousand a month on public relations all of a sudden?!?? That’s INTERESTING.

I don’t even care about the “ties” to the chairman — it’s a professional services contract, hire whoever floats your boat — but who is going to be lobbied or persuaded into doing what? To date the ICA has done what it has done in a negative sense, limiting our spending, since it has the power and does not need to sweat how the yokels feel. Now however — what’s up? Pro-active recommendations? The old ones? New ones? Things city leaders have attempted, but as it turned out, maybe they required some public relations expertise to get it past Council and the community groups they heed?

Back to ALCOSAN sewer mega-upgrades again… sure, there is “grey” and “green” infrastructure and everything that entails, and there are certainly notable overlaps with politics and political proclivities which come into play. However the dichotomy between “grey” and “green” may serve as an unfortunate distraction from a more fateful choice: “thoroughly fixing it” versus “sorta half-assing it.” Sure, there is an EPA consent decree with detailed requirements and timetables. But say what you will about squabbling local leaders — when they find themselves on the same side and rowing in the same direction, never doubt their capacity and ingenuity to move mountains to earn exceptions, exemptions, extensions and to generally avoid annoying their near-sighted constituents with expense or change. Personally I would like to see us seize this opportunity to make a real worthy gift to future generations in the form of a water and sewer system they can be proud of: a Wonder of the World. But there are already signs of downward-bearing pressure.

What else… this is getting long already… “At such disquieting moments, it is time to move on.” What does that even mean? A most troubling final word. You’ve got to grade these things on a curve since they are written by committee, and sometimes they wind up with a hung editorial board. But this one went so far as to state signs point to “a moral outrage, maybe even a human tragedy,” but then oh bother keep walking? Although the Trib was doubtful that any “clear evidence” of wrongdoing existed they were very clear that Jordan’s right to retry the unsettled charges is absolute and important. Meanwhile and of broader importance: did we ever figure out if “jump out” aka “scare” tactics were and are employed by the Police Department against “suspicious-looking” though nonspecific targets found in the dangerous neighborhoods that it protects? Because startling someone, if it happens, seems tailored to provoke a “fight or flight” response — and one thing we did learn conclusively is that either fighting or fleeing is the start of an ugly situation.

7 thoughts on “Monday: How Have You Been Getting By Without These?”