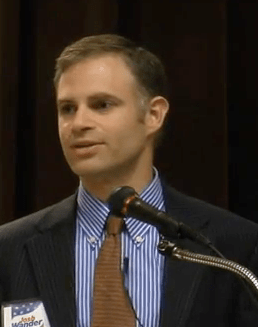 Wander has joined an illustrious line of political figures whom the Comet has interviewed, only to spend absolutely forever getting around to actually chronicling the experience online. Far too long a time. To an embarrassing degree. To the point where an interviewer might forget wide swaths of the conversation.

Fortunately for Mr. Wander, there is a strong correlation between this very situation and the incidence of multiple-part blog posts and heightened long-term interest. Even still, that also sometimes correlates to an extended “teaser” period and stylistic unpredictability.

Yet c’est la vie, for que sera, sera. If you’ll pardon the French. Sometimes an unorthodox approach is for the best.

We begin this months-long festival of cop-outs and subsequent penitence with some questions posed to Wander by the Comet author’s Twitter followers:

Attracting new businesses to our district and to our entire city has to be a main priority. It is the lifeblood of our economy and realistically, this is accomplished by removing government hindrances, not adding new ones. I would suggest making our city more business friendly, and I plan on providing specific examples as my campaign progresses. Please stay tuned. www.votewander.com

I appreciate the opportunity to address this prank that I played almost a decade ago. During the height of the Second Gulf War, when we invaded Iraq and France did not support our efforts, there was a movement to rename French Fries, Freedom Fries in protest. I decided, as a practical joke to up that by creating a website called, giveitback.com, which supposedly advocated returning the Statue of Liberty to make a “stronger statement” to France. I never expected it to go viral, but it did and was picked up by the national news. Trust me, I was humored. As I still am at people that drudge this up to be used against me!

The Comet led off its own interview by asking, “Why are you running?” Wander immediately gravitated towards a discussion on transparency, in decision making and in policy making.

He recalled a county-wide event among municipal leaders which he attended, one from among the several associations and forums wherein our fractionalized regional governments come together to commiserate over common problems, and hopefully cooperate. He described one municipal Council member giving a stirring address on serious pension-funding problems, and how they all need to get serious together to tackle this widespread challenge. 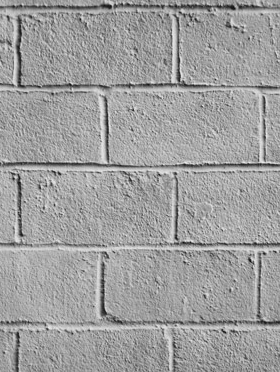 So far, so admirable — until that official went on to emphasize, explicitly, that this must be handled behind closed doors, away from the public. And there was a strong murmur of assent in the crowd. Wander says a light went on in his head at that moment, as to a big part of the nature our civic obstacles. (For some reason, Wander is naturally suspicious of what “must” take place beyond public view.)

He then touched upon issues that sometimes go hand-in-hand with a lack of transparency, in a way that mirrored what appears prominently on his campaign’s website:

78 years of one party rule, cronyism, patronages and just plan corruption has crippled our once shining beacon of bustling business activity, has seen young growing families – the city’s future – diminishing. Our schools are closing. And frankly, the city is so broke that the State of PA had to supervise it’s financial activities and put the city in receivership under the “Financial Distressed Municipalities Act.”

We asked Wander then specifically, how if in any way does his opponent O’Connor fit into this equation. Wander pointed out that he himself filled out every candidate questionnaire he was given, whereas O’Connor took criticism during the primary campaign for neglecting to fill out many of these and “remaining silent”. Front-runner status be hanged — voters deserved to hear O’Connor’s thoughts on these issues, and that they did not was “disturbing”.

The relative silence on the abortion issue particularly rankled Wander, who goes to great lengths to describe his nuanced position. He makes no secret in his campaign literature that he is deeply religious, yet at the same time specifies that “in Catholicism, the life of the fetus is held as paramount, but in Orthodox Judaism we put the mother first” at all times. Wander is Jewish. Whatever his ruminations on the issue — and he stubbornly refuses to simplify — it satisfied Planned Parenthood enough to earn a “mixed” rating in their Voter Guide.

Wander’s avowedly strong Jewish perspective has proved a mixed bag for him in the political realm before. During the 2008 presidential campaign, he says he placed on display in a campaign office what he described as factual information about then-candidate Barack Obama’s stance on Israel. He says he was criticized bitterly by some in the neighborhood for doing this — which he attributes to some extent to an overly reactive loathing for Republicans in general.

Closed-mindedness, he calls it, and which he described here recorded in a speech at a campaign forum. To his mind this closed-mindedness to alternatives feeds into that culture of insularity which produces non-transparency (opaqueness?) and other problems.

I think on second thought we’ll leave what (for lack of better terms) we’ll call “adult entertainment” or “sexually oriented businesses” to an entirely different blog post. We owe Mr. Wander that much.

Surely the hobgoblins of meddlesome minds can wait a day or two in this process, before we begin seductively peeling away layers of prejudice, assumption and political aspersion — until we fully reveal the breasts of empirical understanding and finally the areolae of truth. After all there’s no profit in giving it away all at once!

40 thoughts on “Monday: Josh Wander, and Other Notes”