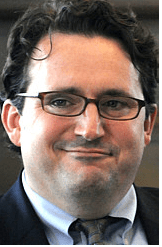 UPDATE: Emboldened by this uncharacteristic support from the Comet, Dan Onorato bursts into the Post-Gazette Editorial Sanctum to demand retribution from ATU Local 85 (P-G, Jonathan Silver, plus video).

The labor contract turned down by Port Authority’s drivers union would not have produced the multimillion-dollar savings sought by the transit agency.

The three-year contract recommended by a state-appointed fact finder would have saved the county’s transit agency just an average of $325,000 a year. (Trib, Jim Ritchie)

Although Port Authority management for its part accepted the proposal, it would not have come close to the $10 million in savings called for in the new budget, let alone $20 million required to fully balance the books.

Anyway. The message we want to relay is that we’re starting to suspect that maybe, just maybe, both sides are hyping up the conflict (and fears of a looming work stoppage) out of convictions that a minor panic will help their own respective bargaining positions — when they are actually just haggling over the margins of a relatively routine contract renewal.

Maybe the change most opposed by union officials was having workers nearing the current retirement age of 55 to work longer to secure the highest level of post-retirement medical benefits.

We’re not loving every aspect of management’s approach to negotiations — in fact, it’s high time some meaningful shared sacrifice was offered — but a retirement age of 55? Followed by free healthcare for life? These don’t sound like things that organizations can offer in this day and age, not outside of Sweden.

Yet at the end of the day, no one seems to have the cajones to attempt fundamental reform of the organization and its culture: up, down and across the board. Each side is trying to face down the other and earn its attaboys. Tinkering at the margins.

Since Sarah Palin was unable as mayor or governor to sidestep the “actual responsibilities” of decision-making [groan], she ought to tackle an issue like, say, “The Bridge to Nowhere” forthrightly by explaining the difference between the giving and receiving ends of the federal “pork” pipeline. A politician’s record can withstand a change in responsibilities, her thinking on an issue, or both. (P-G, Ruth Ann Daily)

Yes, but instead she haughtily boasted of having said “Thanks but no thanks” to said bridge. That’s not tackling an issue, that’s facemasking it — a flagrant, 15-yard-plus-loss-of-down facemask, not a 5-yard “unintentional” slip-up.

And Mr. McCain? He long ago staked out an unpopular position on the Iraq war, and it nearly ended his campaign. Now that the surge has succeeded, his unwavering stand has attracted gratitude — and voters.

Has succeeded? Ruth Ann breaks major news in today’s paper! When we pass the house in Deutschtown with the lovely garden and the “Mission Accomplished” banner, we must stop in to inquire further.

A cautious reaction today on the part of the P-G Edit Board, which seems confused and bewildered by the array of data points before it — and as yet ill-equipped to offer much guidance.

We can only hope Mr. Stephany, now that he is officially in charge, will steer this agency of 100 employees and $100 million a year in city developments in a different direction.

Let’s hope they mean it and that Mr. Stephany is up to his new task. It’s time to bring good-government practices back to the URA.

Update: Do you think Our Edit Board is being coy and suggestive? Could they really be that mischievous? That would be very blogger of them.

6 thoughts on “Monday: The Face of Hope”