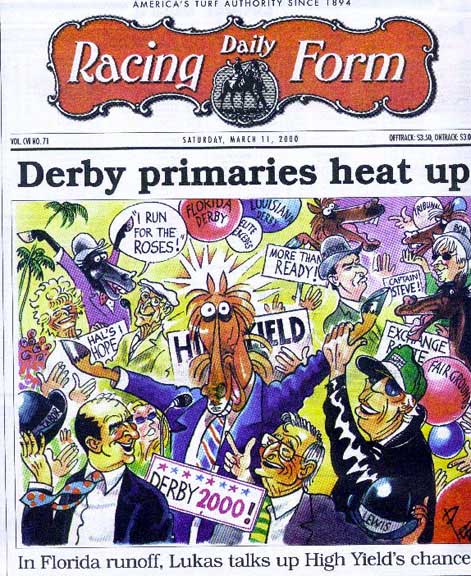 We’ll write a rambling post on it at some point, but meanwhile I’m curious what it leads other people to think.

The “mostly administrative” “emergency” meeting of the ICA on the topic of the $45.3 million revocable fund somehow garnered more media coverage than the entire city budget process — leading the evening news on at least one station — despite the fact that it was called with almost no notice. We are left to assume that somebody genuinely important grew alarmed / concerned / irritated enough for some reason to initiate a big show of action.

Even still, according to Councilman Patrick Dowd, who attended the meeting, no further insight was offered on how our $45.3 million will turn into $51 million, where it is going to be deposited, under what terms, whether that will be a government account, and if there will be any fees applied.

The sole fact that emerged is, according to ICA executive director Henry Sciortino, that “the ICA will have control over these matters.”

Proposed ethics legislation that has been crafted by an intra-governmental working group and was forwarded past the Ethics Hearing Board on November 14th does not yet appear to have been introduced* in City Council. The new rules are distinctly unlikely to receive any form of public airing until after the AFC Championship Game on Sunday, January 18th.

* CORRECTION: The legislation was in fact introduced on 12/9 and held for public hearing and post-agenda on 12/17, though it was not significantly discussed and these meetings have yet to be scheduled. The Comet regrets the error, and has learned to search for the word “conduct” in lieu of “ethics” when it comes to amending the city’s Code of Conduct.

Tomorrow, Mr. Peduto plans to introduce legislation to spend $9,000 to study turning a freight line that runs from Hazelwood through Oakland to Lawrenceville into an artery for people. The study would lead to a proposal, submitted to U.S. Rep. Mike Doyle, D-forest Hills, in the spring, for federal funding for the project. (P-G, Rich Lord)

Why not just try giving the people what they’ve been clamoring for, huh? Sounds intriguing. Our first question: did Rich simply forget to mention that the line can be made to continue into Downtown, or is that not possible via this channel?

After all, Downtown is turning into a hotbed of activity, according to a couple of Downtown real estate agents. (UPDATE: CB is more credulous on this point than me.)

In Democrat-saturated Pittsburgh, government functions much as it did in the old Soviet Union. Just about everybody is members of one big happy party. That may explain why there’s been little public outcry, even on City Council, about large political contributions that go to the mayor or other candidates from donors who have or get lucrative city contracts. (A Fine Point, Tom Waseleski)

You know what struck us most about the big article that kicked off this round of fist-shaking? Sure, it was another story about how political contributors tend to get work. Big deal, right?

But it seemed to me the story had a shining star:

Shadyside-based Walnut Capital’s generosity to city campaigns includes $27,500 to Mr. O’Connor’s campaign, $16,000 to Mr. Ravenstahl’s, $11,906 in checks and non-monetary help to Mr. Peduto’s bids, and smaller donations to nearly every council member’s coffers. Its total was exceeded only by the state Democratic Party’s largesse.

“We do almost 100 percent of our work in Pittsburgh and the Pittsburgh region, and we’re happy to support people who want good development,” said Todd Reidbord, Walnut Capital’s vice president and a member of the City Planning Commission. Mr. Ravenstahl, in particular, “has really understood what it means to move the city forward.”

The firm’s Bakery Square office, retail, housing and hotel complex in the East End received an unusual boost from the city. Late last year, the $111 million project won a $10.5 million tax-increment financing, or TIF, benefit in which the Urban Redevelopment Authority borrowed money to back a parking garage and infrastructure improvements, to be paid off using future tax dollars from the site.

Under a city ordinance approved in 1999, TIF-backed hoteliers have to try to come to terms with unions that want to organize their workers. But URA lawyers ruled that a hotel at Bakery Square was not subject to that rule, because it would be built in a specially created tax parcel in the air above the site.

That would all be extraordinary even if Mr. Reidbord didn’t disgrace himself at 2008’s most important meeting of the City Planning Commission.

It’s one thing to manage dealings with a high-powered local developer with political connections — but why do we tolerate this brash practitioner of banal yinzer corruption having an actual seat at the public table? He should be gone already. He should be an issue until he’s gone.