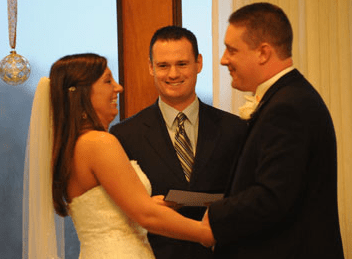 Tune in to 1360 AM at 4:15 PM to hear myself and other bloggers talk about the nexus of technology and politics or whatever on Renaissance Radio, hosted by Mark DeSantis.

Stash that one in the “interesting” file.

Is that story over with? Not even close. It’s already built right? Somebody is going to be paying for that thing. (Null Space)

Mr. Metz said he intends to “hit as many doors and make as many phone calls as we can” before the Feb. 3 special election. (P-G, Karen Kane)

One possibility we’re hearing is that Kevin Acklin may be the man to square off against Mayor Luke Ravenstahl. Barring a comet striking his Summer Hill home, Ravenstahl almost certainly will be the Democratic nominee. (Trib Whispers)

In Democrat-saturated Pittsburgh, government functions much as it did in the old Soviet Union. Just about everybody is members of one big happy party. That may explain why there’s been little public outcry, even on City Council, about large political contributions that go to the mayor or other candidates from donors who have or get lucrative city contracts. (P-G, Tom Waseleski)

If you can’t wait until 4:15 to hear the sound of my voice, check out the Mark Rauterkus podcast that features Mark and I chatting only about half an hour after I discovered the Burgher was missing. It descends pretty quickly into technical bickering, but upon further review I think Rauterkus could be right; we could use some kind of threaded discussion board to handle the daily news inflow. I’m thinking maybe one like this.

DON’T HATE ME: If I had heard that I was being asked “what’s left worth reading?”, I would have insisted on compiling a list of not less than 20 different blogs. As it was, we were in the context of what other blogs explore local politics with such intensity and specificity, and I must have only heard “what are some other blogs out there?” (P-G, Dennis Roddy)

So I guess it’s my turn to be the paid journalist who makes a big deal out of a blog shutting down. Which is fine by me, because I think this one really does matter. (Slag Heap)

Some new blogs have climbed aboard: the Huddler, Pittsburgh Polemics, and WWVB.

NOTE: I now have the 17-page opinion scanned and available as a PDF. If you have any idea how to post such a thing to the Internet, let me know; otherwise e-mail me and I’ll shoot you a copy.

4 thoughts on “Monday: We Are Gathered Here Today”