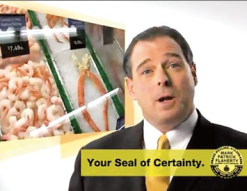 BREAKING: Judge tentatively approves sale of the Wilson Center facility to the hotel developer for about $9 million. Ten-day and 60-day due diligence clocks start ticking; these ought to expose any stalking horses.

The five-block long, 85-year old Produce Terminal in the Strip District now might evolve into the Colossal Marketplace, the Next Cork Factory, or the Mashup with Portals, or it might still get one-third demolished on its Downtown end.

We bet that Buncher Co. borrows from the best of the new ideas, and modifies their own plan accordingly. Wouldn’t you?

Community-police relations will be the topic of a meeting convening tomorrow, Wednesday, May 28 at 6:00 PM at 616 North Highland, organized by Helen at Busses are Bridges. The panel takes advantage of this interlude between hiring a Public Safety Director and hiring a new Chief. Participants will include Beth Pittinger, Tim Stevens, Sheldon Williams, Brandi Fischer and John Welch. All are welcome.

If you haven’t read the Ta-Nehisi Coates manifesto arguing in favor of a public and official accounting of what racial reparations would look like in the United States, then you are still in for a wonderful surprise! If you like reading, you’ll love this post.

Did you see that Mayor Peduto issued an apology to City workers for words in the press that might have been “perceived as a personal attack”?  His apology included, perhaps archly, a transcript of an interview conducted with the Trib. That Trib article which resulted from the interview contains an allusion to “mediocrity at best” which does not appear that transcript, but the Trib later asserted that bit was relayed in separate interview. “Mediocrity at best” seemed to this blogger to be the only sour, bad note anyway. Aside from that, Peduto apologized by way of reinforcing all his statements, while underscoring their context.

The apology was accepted heartily enough by the Firefighters anyway. Not sure what tripped a wire. An oddly civil overture for the Battle of the Unions to open with, though. “Let’s not all go crazy pants, right away!”

20 thoughts on “Monday: Weighing and Accounting”