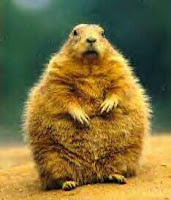 KDKA’s Jon Delano follows up on the budget wars by examining DeSantis’s charge that Ravenstahl’s own office is, in the words of Patrice King Brown, “overpaid and bloated,” with three staff members making upwards of $90K and 14 others performing largely redundant duties.

Wholly disinterested city councilman Bill Peduto suggests that even beyond the heavy budget, the Mayor is operating a “shell game”; moving mayoral positions into the Finance Department on paper, but using what would be savings to hire even more staff.

Equally disinterested city councilman Doug Shields defends the Mayor by asserting that DeSantis is bound to find fault in everything. If he wants to cut the mayor’s budget in half “that’s fine, but you still have to function.” He stops short of contradicting the proposition that it might still function.

Team Ravenstahl elected to sit this one out.

One thought on “More Budget Wars”