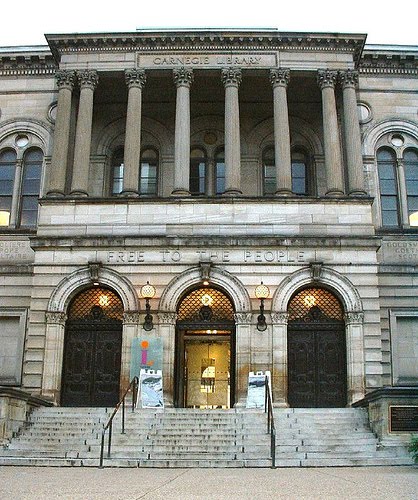 Now we are placing items in the budget that are informally, colloquially contingent upon other things happening, and then taking them back.

On Jan. 22, though, someone went into the city accounting system and deleted the [library] funds. (Post-Gazette)

Mr. Kunka said that eliminating the funds was “a typographical error” and it should not have been done…

…until after the administration submits the annual raft of budget corrections, which is coming soon.

“Submits.” So technically it should not have been done until both submission by the Mayor and approval by some legislative body or another, which is now even less likely. It’s possible that Carnegie Libraries are “crying poor” and the stopgap insurance measure is no longer necessary, but this surreptitious deletion rather botches the attempt at tough love.

*-UPDATE: It appears this was either some ado about nothing, or else the Mayor and Libraries chair have some understandings on how better to move forward. (Post-Gazette)

One thought on “MORE on our Resource Allocation Processes*”