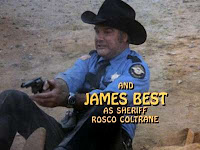 A memo from mayoral chief of staff Yarone Zober fell off the back of a truck and bounced into our inbox.

The concern arises due to the nature and timing of the filing by these four members. On the afternoon of March 12 after the closing of the zoning counter and locking of the office doors, which are open to the general public only until 3:00, four Council members and their legal counsel arrived at the zoning offices at 4:15, knocking on the locked doors to file their appeal after the official close of business. Staff, recognizing the significant (and unusual) occurrence of Council members seeking to file late, reopened the office and the counter to register the appeal.

There are concerns that Council, whether intentionally or not, may have used undue influence and a possible abuse of power to enter into a legal proceeding by filing an appeal after the close of business, possibly in violation of the law. These concerns are being reviewed to examine the potential legal issues presented by the situation, the significance of the late filing, and issues related to the use of Councilmanic authority to file legal documents that members of the general public would not have had the same opportunity to file after the close of business. In general, in matters of law the processes in place for the general public do not allow for the late filing of documents in legal proceedings nor the use of power or authority to change those filing deadlines.

While abuse of power and undue influence issues need to be examined further, those matters are not what drive me to write this email today. Rather, we, the City, are concerned about the process followed…

It has been suggested to us that this line of argument belies a desire not to have to argue the case on its merits.

The Comet is a little more generous towards this. If we ever found ourselves arguing before a quasi-judicial body, we also would use any and all legal arguments that might be our disposal.

UPDATED: Via the P-G’s Rich Lord….

Mr. Shields called Mr. Zober’s communication “a very disingenuous attempt to disallow the representatives of the people access to their legal options.” He said City Planning Director Noor Ismail allowed the 4:15 p.m. filing. “What are they afraid of?” he asked of the administration.

In addition, City Solicitor George Specter requested a closed-door meeting with council to discuss something having to do with the matter that for now falls under the category of “threatened litigation.”

The Comet’s assumption for now is that Lamar Advertising warned of a lawsuit against the city if its permit application gets reversed at the Zoning Board of Adjustment or the Court of Common Pleas. Specter would then be trying to impress upon council members that their appeal may harm the city.

In this scenario, the plaintiffs on council would have to make a judgment call as to whether or not Lamar’s potential lawsuit has merit, and if so, the severity of the consequences in the case of a loss — which would be another good thing to take to a Council Solicitor. As we know, many on council currently hold the opinions of Cat Specter in somewhat higher regard than those of her father George.

UPDATE x2: Somebody needs to photoshop a sassy beret on George.

UPDATE x3: To the extent that we are having fun at the expense of Mr. Specter (by all accounts an excellent legal mind and a classy guy) we are only doing so because of issues involving the organizational chart…