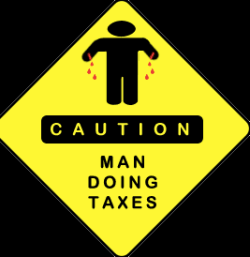 2) Due to generally rising property values, in 2013 tax rates were cut, so that by law the City’s and all other local governments’ total take would stay about the same.

3) The Ravenstahl administration said it was inclined to “err on the side of taxpayers.”  That’s a solid policy, given what we all knew at the time.

4) Once-in-a-decade property reassessments led to once-in-a-decade assessment appeals, driving net revenues downward. Further exacerbating things, it seems there is some evidence that the big guns do even better at filing appeals.

5)  When you err to one side, but it turns out your assumptions are already erring to that same side, it results in a more significant error.

6)  Pittsburgh needs to shrink last year’s purely “on paper” tax cut to remain on course — you know, the course with rocks, reefs and krakens enough already.

7)  Before Allegheny County next reassesses property values, hopefully in three or four years despite its leaders, both it and the City need to look back on what happened this time and make for more stable, predictable procedures.

I may be wrong to assume this will be a lively political conversation. But what I am suggesting is: how about we solve the problem the easy and intuitive way by correcting the mistake, and not turn this into a Western? The Comet shall insert more and better links into the above  at our leisure, and sharpen the grammar. Gotta run…

UPDATE: See also what the Mayor’s office has to say.

…proposing to fill the rest of the gap with $10 million in increased revenue from the parking authority, eliminating 75 vacant city government positions, refinancing debt and other savings. (P-G, Robert Zullo)

46 thoughts on “Notes on the millage readjustment, or Taxes that is.”