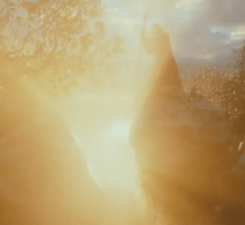 We join our City of Champions already in progress:

Today I am announcing a major new initiative that will provide clear pathways for economic development across the city, from small residential projects to skyscraper construction.

It will create inter-agency cooperation among the Department of City Planning, Zoning, the URA, the Housing Authority, and what used to be called the Bureau of Building Inspection. BBI will be turned into a new Department of Permits, Licenses and Inspections and be tasked with streamlining the city’s building permitting processes, proactively enforcing property maintenance codes, and ensuring the highest levels of building safety and performance. (Mayor Peduto, State of the City 2014)

But then, as quick as lightening:

[Peduto’s] office denied that Public Safety Director Stephen A. Bucar and BBI head Maura Kennedy cannot work together. But a City Council member and other administration sources said the two Peduto appointees have had problems for months.

“She does not want to accept the authority of the Public Safety director, which really scares me, because you can’t have a public safety emergency with two people trying to run the show,” said Councilwoman Darlene Harris of the North Side, the only council member to oppose Kennedy’s hiring in March. “This cannot be good for the city of Pittsburgh.” (Trib, Bob Bauder)

Local leaders have long agreed that this Bureau seemed poorly managed and in need of disruption — and it’s credible what this administration argues about the permitting demands of a growing vs. a declining city.

The safety concerns are probably being overwrought because the Mayor’s selection to head Building Inspection came in from outside the region, at age 32, with a vast array but a couple of different credentials than some suggested in the job application. Understandable how some workers would chafe at Kennedy coming in to boss them.

So this org-chart ascension of the Permitting function must also underscore how Peduto feels it is time for staff to suck it up and respect her expertise and authority anyhow. 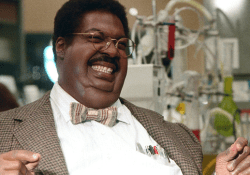 Meanwhile, civic finances are coming together slowly. Compromises are being made with City Council, negotiations with the Big Four ed & med nonprofits involving public capital improvement and pension funds are being termed as “serious,” and our bad-cop State overseer’s game-playing with public hearings is much ado about nothing, since its balance of power [winces] will soon shift with Governor Wolf towards progressive Democrats.

In stealth good news, the sheer amount of different grants that the City is accepting for specific projects is somewhere between encouraging and bewildering.

In a stealth concern, the recent appointment of political officials to what will be the City Land Bank board preempted badly stalled work by an Interim Board to craft credible policies and procedures. But since Philadelphia has been even longer-stalled at the interim stage, maybe this will work out for the best. 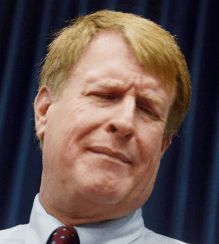 Panning back to Allegheny County, things get exciting once again.

City Democrats recognize that the electorate across the County is more conservative than in town, and that the Fitzgerald-Peduto working relationship has a lot of potential to positively transform the region.

Fitzgerald has an admirable record of coming around in response to enough public outcry. But that quantity has been harder to accumulate as the Executive has grown in power. That is why fostering a culture of Ethics compliance is so helpful to curbing the natural plutocratic tendencies of his position, and why County Controller Chelsa Wagner had to go to such great lengths to “dox” him.

It sure seemed like a political gift for Fitzgerald when it was discovered that Wagner had hired four former Ravenstahl officials. But if old friends from across the street were responsible for the substance and sufficiency of this public accounting, then her whole office is to be congratulated. If the County Executive’s dispossessed rivals are channeling their energy into holding him accountable on matters related to quantifiable public dollars, rejoice, for truly we live in the best of all possible worlds.

That’s how we roll in this City of Champions — the finest city that ever was, and that ever shall be. Yet since this is Your Guide to ‘Burgh Drama, let us take two steps forward… 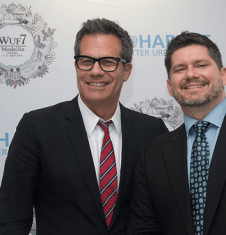 Neighborhood ties are strong, and the feeling of being chased out is never a welcome one, but another very natural option for poor families poorly served by their environs is always to pick up and move on. Yet thanks to the fractionalization of regional government, a move 20 minutes away to Penn Hills is considered civic abandonment. Should we be thinking this way? Or as desired, is that a praiseworthy exercise in healthful mobility?

Finally, Pittsburgh is a’twitter over what sorts of programming should inhabit the new August Wilson Center for African-American Culture.

A good friend of mine suggested that, in order to be more economically viable this time around, the AWC ought to focus more broadly on intercultural arts programming. That can be a sensitive topic, since Pittsburgh’s Wilson was no so much about a bland multiculturalism as he was about reclaiming a Black culture of, by and for Black Americans — a proposition already complicated by the foundations’ ownership of the property.

That is when it dawned, perhaps cross-cultural programming is a big part of the ticket to making the mission of the AWC energizing for all. We oughtn’t go too far afield from the African-American experience, but what are the commonalities and connections between Black and Irish arts, for example? Or between Blacks and Arabs? Perhaps we don’t even need to get that exotic… would anyone from Pittsburgh be interested in going to a rotating exhibition on Black history’s impact on Rock n’ Roll music? After all…

27 thoughts on “November: Only the Dawn of Reason in Politics”