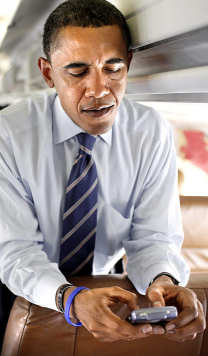 Haz manufacturing plan? When you unveil it, make sure you’re not too far off Butler Street. Otherwise you risk losing Ferlo.

In the speech, he launched his new high-tech plan with six universities in what the administration is calling the Advanced Manufacturing Partnership.

Assertively rebuilding our manufacturing capacity and spurring our technological sector sounds like a good strategy for America.

The only issue is, when we think about “real money” these days, we usually think of it in billions if not trillions. This knowledge was revealed to us all in having attentively watched a parade of certain bailouts, stimulus packages, weapons systems, quantitative easing, routine entitlement and occupation spending, and tax cuts.

$400 or $500 million is real money in terms of building a skyscraper — albeit a fancy one — but is it even close in terms of rebuilding an atrophied world-power economy? Hard to say. What about once we concede there is a significant public-private-and-academic partnership aspect to the plan? That itself can be a real hot potato. 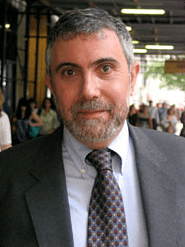 Alright, I admit it. When it comes to economics, I just read Paul Krugman and believe whatever he says. He’s the only one in the game with a Nobel Prize, and whose work passes the smell test on each and every occasion. No glaring omissions, no over-reliance on maxims and quotations, no flowery puffing up. It engenders confidence, this making of his real theses so easy to apprehend.

Let’s see what he has to say right now:

But [Republicans are] willing to sacrifice that future [they say is at risk due to the deficit], not to mention risk the good faith and credit of the federal government, rather than accept so much as a single penny of tax increases as part of a deal.

Given all that, it seems almost redundant to mention that federal tax receipts as a percentage of GDP are near a historic low: (NYT Conscience of a Liberal, Paul Krugman)

Nothing on the President’s manufacturing plan yet, but note where Krugman focuses. We agree. Forget the deficit*. Prioritize our present spending, raise revenues, and plow all those sweet proceeds into manufacturing, technology, education and infrastructure — that is, with real money. Employ the country productively, then worry about the bondholders with a sufficiently productive and competitive country.

*- And forget the curveball, Ricky.