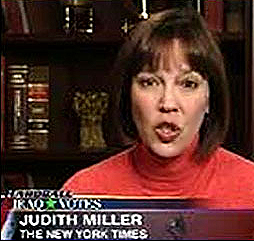 So much I’d rather be writing about — maybe better suited to the sign-o-sphere.

If that’s not plain enough, there is a sequel here and more in-depth article here from the Guardian. Even Glen Beck’s the Blaze is backing off.

We can honestly appreciate the sentiment behind trying to alienate Occupy Pittsburgh as thoroughly as possible from its natural allies — the 99%, whomever is watching Ch. 2 — in order to suppress widespread popular support before the curtain rises on the eviction. In the interest of keeping the law enforcement situation manageable.

Pittsburgh Mayor Luke Ravenstahl, who watched Marty’s video, says it’s time for the camp to go. But he’s also heard what Marty has been told – that hundreds of reinforcements may be called in from Washington, D.C. to repopulate the camp. (KDKA)

It’s unclear from that phrasing whether or not the Mayor heard that alleged rumor from Marty Griffin, just then, along with the watching of his thermal video.

Unfortunately, people tend to be taken in by these little games generated at the intersection of politics, ambition and and psy-ops:

“Obviously, this tape shows it, nobody’s been there for a long period of time,” Ravenstahl said. “If a large number of people all of a sudden show up, I think it really shows you what the Occupy folks are all about. (ibid)

Aw, no! Aw! Ouch! That phrasing was unfortunate. Maybe the quote was really painfully extracted. The implied inclination towards a sweeping negative appraisal is frustrating, though once again — media / political gamesmanship was at play.

But let the record show, in the war between Mayor Luke Ravenstahl and Occupy Pittsburgh, it was the mayor who threw the first swing. Let it be a brief war.

2 thoughts on “Occupy Journalism: Don’t Just Believe Everything You Hear and Are Told”