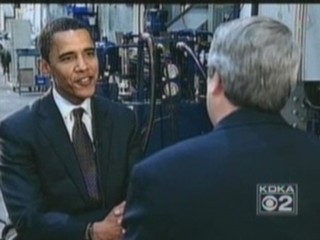 KDKA Political Editor Jon Delano was blogging up a storm last night at the Democratic Convention in Denver — but few noticed until it was too late.

He’s set to remedy that this evening in a big way.

From 7 to 8PM, he will be joined live via satellite by three local bloggers, ourselves included, to do the whole political roundtable thing. We’ll be answering your questions about Team Obama’s performance on Night One and what to expect / fear during Night Two.

Someone alert John K., KGC, Zim, PG and all the rest of the contrarians.

UPDATE: David D’Angelo of 2 Political Junkies will be joining us. So that leaves one more blogger TBD.
UPDATE II: Gab Bonesso of … um, of Gab Bonesso … will round out the panel.

10 thoughts on “Party Tonight at KDKA.COM”