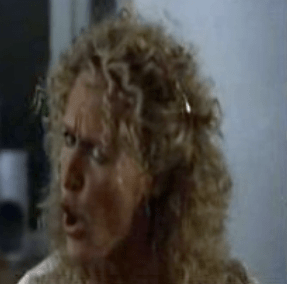 As you know, Councilman Patrick Dowd (D-Lawrenceville, Highland Park and such) is spearheading legislation that would launch an effort to rename and re-number city streets, chiefly to improve services from our police, firefighters and paramedics.

So Councilman Dowd is trying to save lives — but he tried to do so by allowing the mayor’s administration (including 911 staff and various public safety officials) to form their own commission and do it themselves. Boom! No political input from the Council.

Last week, it passed preliminarily with just 5 votes. Yesterday morning it was up for final action. (Pittsburgh City Council operates like Who Wants to Be a Millionaire; it is required to lock in its Final Answer.)

At that point, Darlene Harris (D-most of the North Side) was like, no. Turns out, she has a soft spot both for tradition, and for Council’s basic role in government.

She wrecked Dowd’s bid to totally exclude the Council from its ordinary oversight role in street changes — but he came back to the table the next day with new legislation that would let a super-majority the Council (6 out of 9) alter the administrative commission’s recommendations. It walks that line, somehow.

This time he got 8 votes.

And Pittsburgh city streets, pending another try at final action next week (almost a formality), will undergo a reformation.

Sure, Dowd carried a some water for the mayor while he was at it — but it’s likely he expected all along to be forced to drop most of that particular water.

“I should also point out there was a lot of compromise on this bill,” Dowd tells the Comet. “I am proud of that work mostly because I believe we all better understand each other’s concerns and how to deal with almost all of them. 5 votes supported the bill from the beginning but I worked up to 8-0-1. If we hit 9-0 that would be great.”

“In my mind this is also part of the pledges signed in February,” Dowd adds. “In short, the legislation goes to 1) Equity and efficiency of service, and 2) Increased confidence in the services of the city.”

That’s just the kind of talk that irritates many of his colleagues. One of Dowd’s first acts as a member of council was to cajole all his fellow councillors, the controller and the mayor to sign these fruity “pledges” to work toward vague-sounding “common goals”. It was signed on Valentine’s Day, which to many was symbolic of the lovey-dovey inanity of the exercise.

Envisioned as a nonbinding resolution, it was reduced even further to a proclamation — much like, say, Russian Dressing Awareness Day. Even still, and though mocked relentlessly, Dowd persistently frames his legislative preferences in terms of his “landmark” joint pledges of cooperation.

Take for example an invitation circulated by Dowd to learn more about the City of Pittsburgh’s Management and Performance System, or PittMaps — an online data archive for certain crime, public works, and building inspection statistics among others. The Mayor’s Office was to host a series of small workshops among council members and their staff as to how to use the system — all the better to fulfill the pledges, notably the one “to develop transparent accountability with operational performance measurement targets”.

Sources indicate the results of this offer were uneven to say the least — many invitees across the political spectrum regarded this as something like an invitation to attend Dowd’s candle party. Everybody somehow had something better to do that week than to sit on the floor and learn about “benchmarking.”

However, sometimes there seems to be a method to Dowd’s inimitable madness.

When he was last in the news (aside from his bike-and-pedestrian initiative), he had elected to fund the city’s long-delayed race and gender equity disparity study by using up old rollover funds available to the Council itself — instead of mandating that the relevant administrative departments pay for it like normal. Some accused Dowd of inventing bogus principals to suit his political machinations.

Dowd defended his insistence on how to fund the program with reference to the pledges to make the city budget more efficient, and services more affordable. He told the Comet that though the Council had certain obscure funds to which it was clinging for a rainy day, many other city departments and offices are hoarding pockets of cash as well.

By burning through the Council’s stash, he insisted, Council then gains the moral authority to start going after all this squirrelled away money — which inflates, or as we like to say, “carbonates” the city budget. The impression we received from Dowd was that we were talking serious money.

We asked whether it was a good idea for these offices and departments to store away cash for a rainy day or what have you, and Dowd replied, “No! That’s where fiefdoms come from!” He then extended his point to accountability — and before you knew it we were sold. Provided that Dowd and the Council followed through on the deal and started pursuing these forgotten funds within administrative departments.

When will that come? Later.

Lots of things that may involve respectful confrontation with the Mayor, especially among the Council’s “middle” wing (to which Patrick Dowd is the most obvious party) seem to be scheduled for an ephemeral “later”, which will likely be sometime mid-next year. At one time, as another example, Dowd was tangling with the URA pretty heatedly over access to its budget and allocation of the vast amounts of grant money available to it. This is an explosive issue beneath the surface, with potentially far greater impact on city neighborhoods than reconnoitering street signs.

This desire to hold off on the tough stuff until just a little bit “later” could be a reflection of new council members’ natural desire to defer poking bears with sticks until a time just over the horizon — just a little bit longer — after they grow more comfortable, after the politics improve, after it becomes safe. Such things could be infinitely deferred, we suppose.

Then again, the political map may change once again this spring. Seats held by council members Deasy, Motznik, Payne and Peduto are up for re-election. This is a favorable spread for those who might wish to disrupt have a more pro-active impact upon the Mayor’s agenda.

Councilman Dowd would have his own unique preferences in these contests — or not — but regardless of the outcome, we’re fairly certain he would canter right over to the “new” center and set up shop. If that new center turns out to be a less guerrilla position — one capable of garnering six votes and overriding vetoes as necessary — so much the more interesting.

In the meanwhile, he’ll continue lording those pledges over everybody — and he’ll continue finding a way to rack up a vast record of prosaic accomplishments. And although he’ll choose his battles with excruciating care, when he does go to battle he’ll likely continue to be hard to deny.

2 thoughts on “Pat Dowd Will Not Be Ignored”