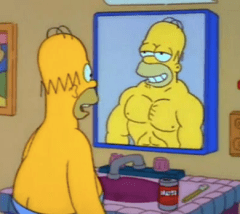 Imagine hypothetically and arbitrarily that you are 5’7″ tall and weigh 185 lbs. According to the doctor’s chart, you will not be “healthy” until you drop to at least 155 lbs. But since you haven’t been 155 lbs since high school and that was over 20 years ago, you set an interim goal weight of 170 lbs. and plan to reassess once you get there — because the full burden all at once seems too unrealistic, and besides you’re an American.

In a rare appearance before City Council, Peduto said Pittsburgh is facing a $60 million annual structural deficit that includes a $15 million hole in its operating budget. (Trib, Bauder & Daniels)

And yet right away…

Ralph Sicuro, vice president of the union representing Pittsburgh firefighters, suggested the mayor may be posturing as the city heads into negotiations with his union and the police union this year. The firefighters union sued the mayor and the governor earlier this year, saying the city was improperly kept under Act 47.

“The fact that there’s a deficit on the verge of the two biggest contract negotiations? It could be a coincidence,” he said. (P-G, Moriah Balingit)

An understandable suspicion. But everything indicates Sicuro errs in the wrong direction — that things are even worse than we’re finally hearing.

What’s the main driver of the challenge?

Oh, right. Now we have to pay into pensions, because the folks who loan cities money are suddenly paying attention.

The first problem is, even these grim/stark figures are based on our pensions being funded at a level of around 60%… which yes, is itself fairly bad, but sorry, is rosier than the full reality. 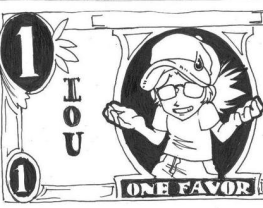 About a third of the “money” in our pension fund is in the form of an I.O.U. that Council handed over on New Years Eve 2011 under complex and surreal duress. That’s fine, as far as it goes — the state accepted it, if only to save its own bacon. But one cannot invest an I.O.U. in the market and earn an investment return on it, so the standard level of comfort those hundreds of millions would otherwise provide does not apply.

Speaking of “investment returns”, the next problem is that while we are sweating bullets over the impact of the City having lowered its expected investment rate of return from 8% to a “more realistic” 7.5%…

Specifically, GASB recommends that pension plans use a historic rate of return — typically 7% to 8% — only to the extent the plan has sufficient assets, set aside in an irrevocable trust, to make projected benefit payments.

When a plan reaches a point of no longer having sufficient assets set aside in a trust for long-term investments, it would have to shift to a lower, so-called risk-free rate of return pegged to a tax-exempt, high-quality, 30-year municipal bond index rate, typically 3% to 4%. (Bond Buyer, Joan Quigley)

Ahem. So if we were going to take an honestly cautious approach, instead of an extra $6 million each year from this lone “rate of return” tidbit we’d be looking at something like $40 million annually. Just by its lonesome.

The third reason to err on the side of caution is that as far as we know, the pension funds still contain tens of millions in “illiquid” or “high risk” assets.

Finally, forget pensions entirely and just take a look at the capital & operating side, which is supposedly running $15 to $20 million worth of the deficit. Umm. With a $7 million paving budget, we can pave 27 miles of road. But in order to keep up with deterioration, we ought to be paving 80 miles of road annually. So that gap in and of itself would approximate the entire $15-$20 million deficit… and City government has significantly more chores that it is behind on than the single function of paving streets. There was some mention of more police officers, for example.

So in all probability, hurdles in mirror are larger than they appear. Instead of frightening people with an artificially large deficit in order to pull one over on the unions during contract talks, Mayor Peduto and the Act 47 Coordinators are more likely calming people with an artificially modest deficit so that stakeholders and investors don’t stampede for the exits — while still presenting a large enough figure to motivate serious change.

MORE: Nicholas D. Viraschetti, ICA board chair, on the need to find new sources of revenue, get a transparent financial system, and “contain, reduce or eliminate [wat?!] legacy costs”.

6 thoughts on “Peduto’s $60M Deficit claim is Optimistic, not Pessimistic”