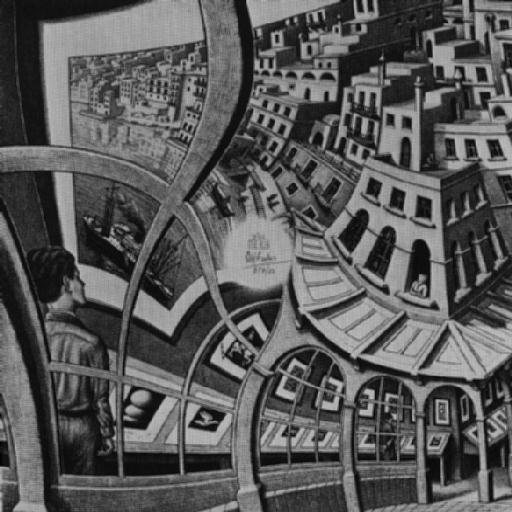 Haven’t seen a good must-read news article in a while, but this Adam Brandolph joint qualifies with credits to spare.

The report by 4Ward Planning says the Penguins’ plan to add 600,000 square feet of office space around the new arena likely would pull tenants from Downtown office buildings, create vacancies and ultimately drive down rents throughout the city.

It predicts the 209,000 square feet of proposed retail space — including eight restaurants roughly the size of SouthSide Works’ Cheesecake Factory — would take away business from existing merchants, and the 16-screen movie theater would saturate the area. (Trib, Adam Brandolph)

First of all, there must be some miscommunication, right? That has to be eight commercial lots the size of the Cheesecake Factory, some of which will be used for restaurants, correct? Because who’s going to eat at these, are we also installing a new Army barracks?

Either way, the general idea of the report commissioned by the preservationists — aside from critiquing previous studies commissioned by the Pens and the SEA — is that this new sprawling complex could theoretically napalm everything between Stanwix and Wood, and then everything to either side of Piatt Place until we hit Smithfield. Which might be the plan, who knows.

And then there’s this:


“We believe in the potential for economic development here,” McMillan said. “We’ve always thought the best use for the 28 acres is to bring down the obsolete arena, restore the historic street grid between the Lower Hill and Downtown, and create a tremendous development opportunity for the city and the region.” (ibid)

The historic street grid featured twice as many streets — hence these eight much larger proposed new blocks — and the historic streets would plow through straight the U.S. Steel Building and One Bigelow Square. But let’s say the vectors of these connections to Downtown can be reconnoitered.

There’s been some official talk about “ultimately making the Crosstown Expressway a tunnel”. If the restoration of blah blah blah Downtown is part and parcel to the logic of demolition, we should start examining the nuts and bolts of that ambitious undertaking. How much would it cost? What would it look like physically? What is the time line? Who would pay for it — the Penguins, the government, maybe a yet-to-be-conceived-of P3?

If this is the plan — and in pure theory, it would be pretty bonkers fantastic — then let’s really treat it as part of the plan. As it stands, all of the official drawings get kind of vague at just that point before petering out near the border of the page.

21 thoughts on “Penguins’ Redevelopment Concept to be Scrutinized, Discovered”