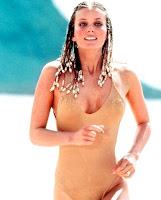 I conducted a little experiment on the two Independent mayoral challengers: I asked them each, “Let’s say you were not a candidate for mayor.

“On a scale of -10 to +10 … -10 being Luke Ravenstahl, 0 being neutral and +10 being your other opponent … whom would you support in this mayoral election and how strongly?”

Here are the results I was handed back:

I thought this was remarkable. I was expecting them each to support the other guy, yet leave a good bit of room for hesitation: scores of a lukewarm +4 to a fairly generous +8. I wouldn’t have been very surprised if either of them responded with a negative integer either; perhaps Harris could have used the opportunity to dismiss Acklin as a turncoat; or Acklin, Harris as a lightweight. But no. Both of them registered the maximum possible support for the other.

I guess it speaks to how profoundly intolerable they both believe is the Ravenstahl administration. For whatever reason.

##
Which by the way dedicated three City employees to join the Mayor at the last televised debate.

Now, I know that’s supposedly “inside baseball” or a “picky snot” issue, but I hadn’t seen it written elsewhere so I thought it was worth mentioning. Zober, Doven and White. Those would be the three.

I’m happy to grant that no matter where the Mayor of Pittsburgh goes, at least one City employee should be around him at all times with a Bat Phone. You know, just in case somebody Downtown starts shooting pigeons with an air rifle, and it’s not Ginny. But three? That’s a lot of public manpower. One could make the argument that Doven most especially oughtn’t have been there, because that’s exactly what McKrell is for. I’ve recently received a letter stating that I underpaid my City income taxes and owe additional money ($9.87), so I’m presently more aware than usual of the fact that I’m actually paying for Doven’s public relations expertise. I personally don’t want my contribution to the City inuring to Luke Ravenstahl’s electoral benefit in the context of debate prep or post-debate spin.

Anyway like I said, it’s not an issue likely to outrage the masses, but since some politicians at the State level have recently “gone to jail” for similar stuff, I thought it was worth pointing out.