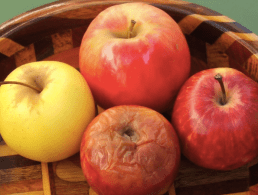 As residents protested “police brutality, repression and the criminalization of a generation” yesterday on the City’s front porch, upstairs a two-hour debate erupted in Council Chambers over whether to stay the course with Pittsburgh’s group-related homicide crime plan.

Councilor Theresa Kail-Smith of the west end accurately pointed out that the dramatic decrease in the homicide rate promised by proponents never materialized — and if anything is worsening. She also questioned whether City funding of the social service components of the crime strategy are an efficient use of taxpayer resources.

Councilor Dan Gilman, of Peduto’s old eastern district, noted that the mid-year stopgap funding measure was forwarded by a fellow Councilor (Daniel Lavelle of the Hill and Manchester, absent for the discussion) rather than the Mayor’s office — and not seemingly as part of any comprehensive or reformed strategy from new Public Safety leadership.

A team from the University of Cincinnati was brought in to spend a few days with those police officers to map out the city’s violence-prone populations, but the team was sent packing in short order after the police refused to share information, Mr. Kennedy said.

“I set this thing up and wound up with my face planted in the mud,” he said, calling it an unprecedented level of resistance that command-level officers orchestrated.

A 2011 city-commissioned report on PIRC that the University of Pittsburgh conducted also found the police largely ignored the Cincinnati academics’ research, which identified 35 “violent groups” in Pittsburgh and determined 69 percent of the city’s homicides from 2007 to early 2010 were “group-related.”

It made no difference that PIRC was a mayoral initiative with hundreds of thousands of dollars in city council funding.

“They actively rejected it and made no secret of that,” Mr. Kennedy said. “My read on this was the police bureau saying, ‘City Hall is trying to tell us what to do, and we’re not going to do it.’ And they won that fight.”

Not long after, Mr. Kennedy gave up.

Councilor Ricky Burgess of greater Homewood, champion of the city’s PIRC program since its inception, had a host of things to say in response. First, he moved to shrink the amount being requested somewhat, to better tailor it to the timeline Council wished to consider.

Burgess asserted with justification that if the Police Bureau came to Council mid-year requesting a million dollars for new assault rifles, the Council would support that expenditure unanimously and with zero discussion. But when a fraction of that is requested annually for outreach services, all of a sudden Councilors get fired up to scrutinize for efficiency and accountability. Indeed, one PIRC worker invited to the table had earlier become defensive on the point of whether “outreach work is valued.”

Moving along, Burgess confirmed and then excoriated the police non-cooperation with crucial aspects of the PIRC initiative. He attributed this flat refusal to an entrenched “violent mindset” among officers, which is “supported by affluent thinking” by residents who live in “places like Squirrel Hill and Shadyside” who insist the solution to violence is just “put them in jail.” 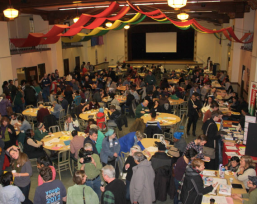 Then something heretofore unusual happened.

Councilman Gilman said he agreed with most of what Burgess had just outlined about the PIRC, and agreed one need only turn on FoxNews to hear such privileged thinking. But he fired back, “if you want to have that real discussion, let’s look at the history” of local resistance to white supremacy, and at where the people who “helped to start groups like the NAACP,” and “marched arm in arm” with residents of Burgess’s communities had lived, naming some of them from his own district which includes Squirrel Hill and Shadyside.

At the end of the session, Council in committee voted preliminarily to fund the PIRC at a reduced sum, 6-0-2, with Kail-Smith and Rudiak abstaining, the latter to have a personal talk with the Acting Police Chief.

There would be little cause for these regular, divisive fireworks in Council over PIRC if police only implemented the program. Chalk that up as yet another “opportunity cost” of resistance to reform.

Programs like PIRC are supposed to work like a broom and a dustpan:  police officers share data to identify violent networks, officers and social workers call them into group meetings to warn against homicides and offer assistance, the officers make good on promises to crack down on violence above all else, and the social workers reward and encourage reformed behavior.

While the social service aspects are not entirely useless on their own, it does not “scale.” Trying to do the PIRC without broad police data and cooperation is like trying to sweep up a floor with only a dustpan. 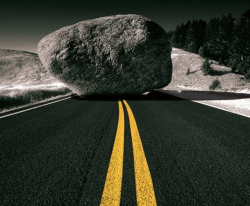 If Pittsburgh really wants to reduce violence, it now needs to focus on wherever comes this obstructionism among police brass.

The mayoral trolling campaign we are seeing on the streets among some officers is one indicator of police obstruction to reform.  Some police commanders object that if a complaint comes in on the “311 Mayor’s Response Line,” then it is understandable and acceptable to explain citations by saying, “Peduto made me do this.” That’s just being obtusely coy. How hard is it to write “311,” or to just say, “a resident called in to complain”?

(And for those who think I’m just out to protect Mayor Peduto: I’d never want to defend this creation of a new layer of bureaucracy in Public Safety, if he can’t even defend it.)

The trolling of the Councilor Kraus may be another indication of factional police obstruction. I certainly don’t put our Council President automatically above littering, but the “harassment” citation over top of that raised an eyebrow — and until we learn how the prior police union head came to answer this particular service call, the corner of the lip remains similarly raised in a smirk.

(And for those who think I’m just out to protect Councilor Kraus:  his anti-panhandler ordinance is foolish and cruel for the reasons cited.)

Acting Police Chief Cameron McLay has become famous for touting and conveying progressive, empathetic strategies when it comes to policing. He differs with aspects of our model called “PIRC” only because he favors a different community-policing model, which is why he is meeting those the academics behind PIRC soon, and why comprehensive reform may take longer than we would like.

(And for those who think I’m just out to protect McLay:  why is he still “Acting”? Problems with his real estate agent?)

But again. The source of all this tension and frustration appears to be rooted in legacy factions within the Police Bureau. As our politicians and others peer into the Bureau to root out obstacles to better livability, some of those obstacles will stand out and dig in. That’s a good thing — it’s good to know where problems exist. Stay on top of things.