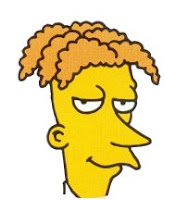 Okay. Let’s put aside the Comet’s pretentious idealism for a moment.

Anyone who thinks Councilman Jim Motznik’s foray into the blurghosphere was tactically senseless, stupid or ill-advised, must have spent the summer of 2004 living on Mars. In a cave. With their eyes shut, and their fingers held tightly in their ears.

Put another way: If Rich and Jeremy find themselves maneuvered into the Magazine section, and all the wannabe Riches and Jeremies follow suit, would that be helpful to a challenger? Or an incumbent?

Put a third way: karma’s a bitch, ain’t it, Johnny?

The educated and interested listeners of WDUQ were just told by their Mayor that we should all worry less about pie-fights in the blogosphere, and more about public safety. Oh and by the way, you’ll have your new arena by Friday.