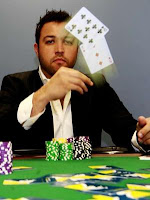 Why not just announce the full terms of the deal all at once?

[Ravenstahl press secretary] Sirk said she didn’t know why UPMC’s tax-credit condition wasn’t disclosed when the donation was announced with much fanfare on Dec. 5.

Ah. Of course, there’s also this from UPMC’s Raczkiewicz:

Some state lawmakers have discussed amending state Act 55, which defines what constitutes a nonprofit and governs what taxes they pay, to let cities impose payments in lieu of taxes.

See, if it helps to engineer this happy outcome — if it dampens UPMC opposition to such an amendment, while spurring the City to pursue it with vigor — then we’re all for it.

It is “inappropriate” for Ravenstahl to introduce the legislation so close to the end of the year, [Doug Shields] said. City Council will get three new members in early January.

Agreed. Now, apropos of nothing:

In a last-minute move, council approved an amendment creating a $10,000 trust fund for the city’s Ethics Hearing Board. The board can draw on the money for legal assistance and other expenses. (P-G, Team Effort)