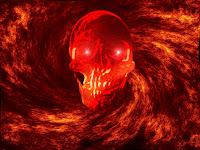 Is the Urban Redevelopment Authority of Pittsburgh a corrupt criminal enterprise? Is the administration of Pittsburgh Mayor Luke Ravenstahl? (Trib, Edit Board)

Democratic nominee Barack Obama may have had his spirits lifted by Sarah Palin’s interview with ABC-TV’s Charlie Gibson… (P-G, Edit Board)

AND THERE IS NO next one. Got to wait for a little more DATA to come in. Got to weigh the PROs and the CONs, what? Be a little more CIRCUMSPECT about it. May be a bit to SOON to be weighing the Shields versus the Ravenstahl versus the Lamb versus the Ford against one another, even for the poor lambs been getting it raw on the doorstep. Aye. There’s reason enough in that.

Meanwhilst, some words of advice…

One thing we don’t want to see is the bar of civic leadership lowered so far it’s subterranean.

“And yet all this time, although my political enemies have lobbed irresponsible and ultimately unproven attacks and accusations upon me … here I stand before you. I have withstood it all.”

There is the very real possibility that Luke Ravenstahl’s mere attendance in public, and in office come the spring, will be perceived as some species of victory and vindication. That would be a low and very sorry bar for public leadership indeed.

It could be (we would not prejudge or suggest anything, but it could be) that whatever malfeasance might have occurred under Our Mayor’s watch ought properly fall to the realm of political remedy, i.e. the voters. No one should be contented with inefficient government, selfish government or unethical government, but that does not mean that we must rely on judicial authorities to provide for superior government.

We the people must stand, sooner or later, in a judicial capacity, and we must prepare for it regardless.

A lack of literal criminality would be no kind of vindication in itself. To brazenly and repeatedly reward political supporters with precious public resources and extraordinary public privileges — let’s say just as an example — would be in no sense “right” or “proper” or “competent” or “sensible” or “defensible”. Nor would Our Mayor’s fully conscious decision to entrust more than half the city to a common petty blaggard opportunist. Yet all this may not fall into the realm of the “prosecutable”, let alone the “conveniently prosecutable”.

We must make ready to shoulder this burden on our own. Whatever entreaties ought be facilitated to higher authorities have been facilitated already. There’s no profit in waiting on avenging angels to do our dirty work.

We should all conduct ourselves as though We the People are the sole arbiters of justice. That should be more than sufficient to throw off this yoke of infantile and self-serving gall.

Woe betide any clique, or Committee, or Conference that dares run interference on behalf of the sordid old status quo in Pittsburgh. Change is inevitable — fundamental change. The occasion for it is the stale and increasingly ludicrous sameness championed by the callow functionaries presently inhabiting our City Hall.

The levees of machine politics are topping, and they will break soon or sooner still. It only remains to be seen who will be on the leading edge of this change — who will be scrambling to catch up to it — and who will be left behind.