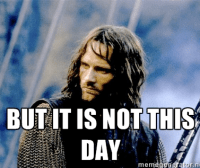 Tony Ceoffe Jr. of Lawrenceville lost the Democratic committee’s nomination for the vacant District 7 council seat in a vote Sunday to Deb Gross of Highland Park, with Ms. Gross narrowly beating him 47 votes to 43. An attorney for Mr. Ceoffe filed a complaint today in Common Pleas Court seeking to throw out the results, arguing it violated Democratic committee bylaws. (P-G, Timothy McNulty)

PREDICTION: My wager is no — certainly not enough bylaws were harmed, if indeed any.

UPDATE, THE DUEX: More on the allegations (Pittsburgh’s Blogh of Recordgh)

SPECIAL COMMENT: Readers of the Admiral! Of Infinonymous! My brothers and sisters. I sense in your minds the same apprehension that would take the heart of me. A day may come when the politics of our new “progressive” leadership fails, when we must forsake our allies and break all bonds of fellowship, but it is not this day. An hour of transgressions and broken promises when the Age of Peduto comes crashing down, but it is not this day! Not even particularly close.

We knew (it was telegraphed) that accusations of “dirty politics” were eventually going to come, mirroring those many successfully demonstrated against the “old guard” for years. This injunction request is in part a way to forge and amplify that narrative. The fundamental problem with such an argument here is, this is not the government, this is a political party — the correct place for Party leadership to do things such as, reach out to the City’s new leader, during a time of transition (from concern to invigoration, and from division hopefully to collaboration) and ask, “So, do you have anyone to recommend fill a vacancy on the Committee? Because after all, previous leaders fiercely opposed to you made the last 300 or so appointments. We’d like to make sure that if Pittsburgh doesn’t move forward, it’s not because our Party is out of step with the City’s leader.” Or to tend all manner of logistical details within the discretion routinely due to elected party leaders, which always can be interpreted or misinterpreted to aggrieve somebody.

Do not mistake, if political envelope-pushing takes place in the halls of government, or between government and the Committee, we will have a problem. But within a political party, I think some folks are just shocked at their new perspective: that of having lost the majority to another fresh figure.

Though they kept it close enough to justify a day in court. Whether the attendant hoopla surrounding the reactionary maneuver does anything for their campaign will be interesting.

30 thoughts on “Real Quick: Race for D7 hot like summer”