To protect and serve is to enforce the law. Doing the job means making lots of choices and responding to various adversities, but one cannot spell “enforce” without “force.” The policing community is rooted in proud tradition, heeds its elders and serves many masters. 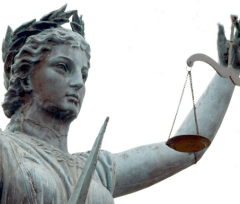 A thrashing was witnessed in Downtown Pittsburgh last week:

[Devon] Davis, listed as homeless, was wanted on bench warrants for failing to appear in court for two cases — one in which officials said he sold heroin to a confidential informant then led police on a 200-yard foot chase, and another in which they said he urinated in public, prompting officers to search his car, where they found heroin and a gun he was legally prohibited from possessing because of a prior conviction.

About 3 p.m. Wednesday, a bail agent told police that Davis had been spotted in a vehicle Downtown. A chase began near Macy’s department store on Forbes Avenue… (P-G, Navratil & Czebinak)

Davis, 23, of the North Side was apprehended by police, who said he “sustained injuries to both legs as a result of the vehicle crash” after a car he was driving collided with another vehicle at the intersection of Wood St. and Ft. Pitt Blvd.

But at least one witness to the subsequent foot chase and arrest said Davis did not appear to be injured when he was running from police.

“The police reports were saying he was hobbling or he was injured in the car crash beforehand and I watched him running really quickly, then being tackled, then being beat, beat, beat in the legs, and that’s when he had to be carried away,” said Samm Hodges, a commercial director and writer who wrote a letter to Police Chief Cameron McLay describing what he witnessed.

Hodges said a Pittsburgh Post-Gazette article had cited Public Safety spokesperson Sonya Toler as saying Davis was found severely injured in a pool of his own blood. He said that statement is untrue, which prompted him to write the letter to McLay. (WESA, Liz Reid)

“Listed as homeless”. That recalls the death of a man known as “Africa,” in resisting his seizure from a tent by the LAPD that week, captured disturbingly on video.

The confluence of law enforcement and homelessness might be particularly dangerous.

Americans in increasing numbers have gained interest in police uses of force since real-life incidents became so frequently recorded and easy to share. Images from the week in Ferguson, MO after the death of Michael Brown triggered watershed perceptions in many white folks like me. 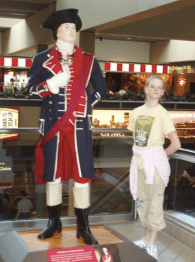 The incidents come up frequently at the Pgh. Citizen’s Police Academy, a twice-yearly course of classes sponsored by the Pittsburgh Bureau of Police.

In the session devoted to Criminal Law, City police trainer and Duquesne University public safety Captain Michael Sippey traced our prevailing notions of law and order from their mythic and ancient roots through the Magna Carta to British Common Law, Bacon’s Rebellion and our key modern component, the Bill of Rights.

The 4th Amendment lays ground rules for police “searches” and “seizures” while in the course of enforcing local, state and federal criminal codes. Sippey said he trains Pittsburgh officers to enforce these codes judiciously, because “It’s our job to lift up our community.” For example, no sense throwing the book at someone for public urination around the corner from St. Patricks Day revelries, he advised, when a discreet but stiff fine will get the message across.

Similarly, “Smoking a joint is not the worst crime in the world today,” our instructor said.

Police receive a lot of calls for service for “domestic” violence, the captain noted, which can be comparatively violent and chaotic. Then there are at-times imprecise 911 reports of gunplay in a public street.

In discussing the prevalence of cameras and controversies, Sippey brought up the recent incident in Cleveland culminating in the death of Tamir Rice.  “Who do you blame?” he asked.

The students offered suggestions. The 911 operator? The shooter? The parents?

“I blame the driver,” Sippey said. “He came up too close.”

When it comes to protecting yourself in a situation like that, Sippey said “space is your friend.” The officers could have pulled up to a stop maybe fifty feet away, and conveyed instructions to surrender the weapon via the vehicle microphone, he said.

Not everyone in the class was completely satisfied. Even if the officer might have thought Rice was drawing a weapon from his belt, “Can’t you try to shoot him in the leg, the arm?”

At this point City Police Sergeant Eric Kroll chimed in, our lead instructor at the Citizens Police Academy. He expanded on the nature of encountering desperate evasion, violent resistance, struggles over weapons, adrenaline, and the reasonableness of having it at the forefront of ones’ mind to stop a perceived threat and survive the workday. Also in terms of the power of combat adrenaline, Kroll warned that size doesn’t matter and even police service weapons can be of questionable “stopping power” in the middle of an oncoming assault.

In terms of suddenness, Kroll recommended watching film of the death of Officer Tyler Stewart, in Flagstaff, AZ. He was shot and killed apparently in the blink of an eye during a calm interview at a service call for a “domestic disturbance.”

Law enforcement and domestic violence seems like another dangerous confluence.

For the last 25 years in particular since the case of Graham v. Connor, these kinds of fears have been acknowledged as contributing to the mindset of a “reasonable officer” making real-time use of force decisions in the daily course of searches and seizures in enforcing the criminal code. 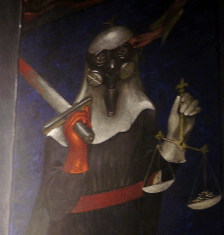 The following week we had a session on Use of Force, and we met Officer Dave Wright, defensive tactics and physical training instructor for City of Pittsburgh police and the Community College of Beaver County.

Wright also sidelines as a sales associate for Taser International, whose signature technology he said can be less lethal and more effective in certain situations than when the alternative is bullets. And apparently, he owns a gym in Crafton.

Wright unpacked a discussion on the scale of use of force and tactics appropriate to gain “compliance” with an arrest or other police action. Sometimes the action devolves into “fights,” and officers are trained to disable persons including “emotionally disturbed persons, or EDP’s” by the least-permanently injurious means possible. But there will still be outbreaks of deadly force, and the two-way street of combat adrenaline is still going to hit big.

“You should listen to your subconscious thought,” said our instructor, of officers confronting serious dangers. “It’s going to protect you.”

“Police officers get assaulted all the time,” he said. “Be nice, until it’s time to not be nice. Then be nice.”

When it comes to acting as a “reasonable officer” pursuing one’s work and defending oneself, Officer Wright trains police to ask four questions, before they resort to force or to escalate to a higher level of force:

If the boxes are checked, then officers are urged to escalate. He and Kroll invited us to take a look at Encountering Autism, produced locally, in terms of efforts to find better ways to safely alleviate violent chaos.

In terms of recent videotaped events, Dave Wright brought up the death of Eric Garner. When it comes to use of force, he said that if an officer feels the need to take a large resisting actor to the ground by means of a headlock from behind, they should at least loop one of the actor’s arms out the top. Using a volunteer from the audience, he demonstrated how the arm will hang out awkwardly and near-useless — that’s one less hand punching you in the gut or grabbing for your weapon, and the space created between the actor’s neck and shoulder means you’re not going to choke anyone during the takedown. 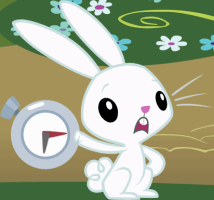 Excellence in training in tactics is a marvelous virtue. Garner was being stopped for selling loose cigarettes, not even seemingly on probation, but in the past having been in and out of trouble many times. His exasperation came out in his last moments.

Elizabeth Pittinger, executive director of the Citizen Police Review Board, questioned why officers would choose to engage in a car chase Downtown during that time of day, given the amount of traffic and number of people walking around.

“You can catch this person. You’ve got other ways of doing it,” she said, noting that many Downtown businesses have surveillance cameras. (ibid)

Here again, it is easy to second-guess, or to recommend retraining or better training. But an interesting concern lies in the background: why the ferocious sense of urgency?

A young Black man listed as homeless, wanted by the law for selling drugs and for having possessed a firearm despite his probation, fled his arrest. The attempt to dodge the book getting thrown at him resulted in a car wreck, and he left behind a small child in his vehicle. Could any one of these facts or several together have motivated a “hotter” pursuit than prudent, a greater use of force than necessary, or eventually to discrepancies among accounts and impressions? Are there lines between fear, anger and frustration?

These are not always good questions. It doesn’t matter; the law of the land is sturdy. It sanctions violent seizure to pacify the great, at-times reasonable and at-times prejudiced fears of the officers of law enforcement, and of the law’s fearful masters. That’s a pickle.

Maybe folks on all different sides of the law just need to keep up this engagement, and work together. We might be able to make some things easier for one another, never mind the law. Maybe we ought to pause, take a breath, soothe each other and focus up.

MUCH MORE: This American Life, “Cops See it Differently,” Part One and Part Two

PGH BACKGROUND: The deaths of officers Kelly, Mayhle and Sciullo.

RELATED ASIDE:  Many in public education are rallying around a demand for “Community Schools”, housing a variety of civic resources. The Superintendent of our School District is excited to “make public safety a priority.” Meanwhile, Pittsburgh police leaders have been agitating for years to upgrade the City’s old training facilities. It’s called synergy.