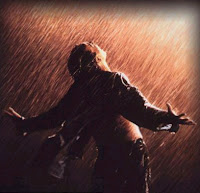 The mayor was “surprised” that HACP “may have authorized expenditures that could be considered inappropriate,” (emphasis ours) in light of the fact that “we’ve tightened our belt all across city government.”

Matt H officially gives Mayor Ravenstahl kudos for taking “quick action.” At the same time, he is pressing his case upstairs to the Federalies, and printing the name of Housing authority Executive Director A. Fulton Meacham Jr. in boldface type.

The Comet is less impressed and more confused by the Mayor’s response. How can he claim authoritatively to have tightened our belts “across the board,” and at the same time be caught off guard by a rash of frivolous expenditures going back two years?

Thing is, Hogue is up on his social justice horse — we don’t see him letting HACP off the hook with an overly broad, interminable and ultimately inconclusive investigation. Stay tuned.